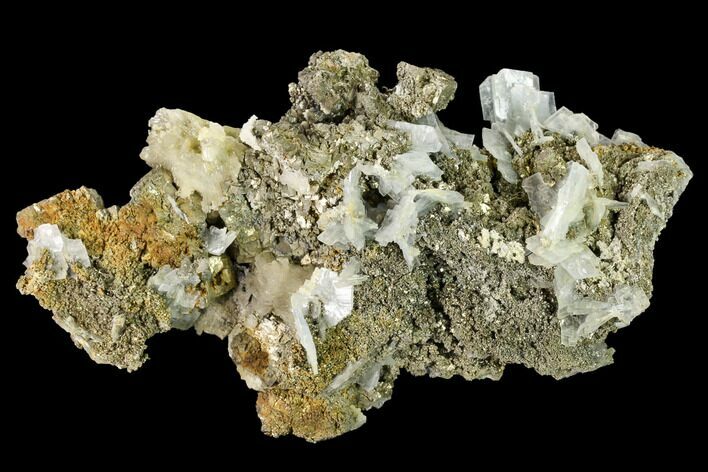 This is a cluster of blue bladed barite crystals that formed over a pyrite crystal cluster, collected from the Bou Nahas Mine in Morocco. 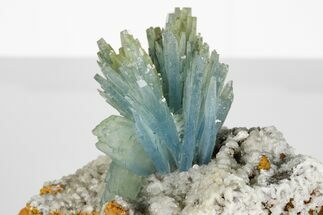