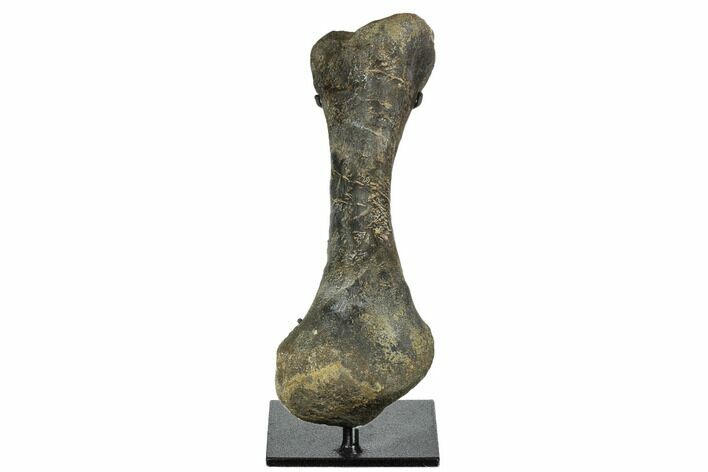 This is a beautifully preserved, 9.9" long Hadrosaur (Hypacrosaurus sp.) metatarsal (foot bone) from the Two Medicine Formation of Montana. It is the first metatarsal (medial) of the right hind leg. It was found with significant fracturing through the diaphysis which required gap fill restoration and crack repair. There is a repaired crack through the proximal end of the bone as well as some weathering of the cortical bone. The distal end has also undergone some weathering. 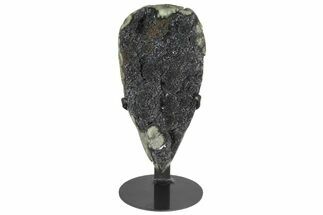