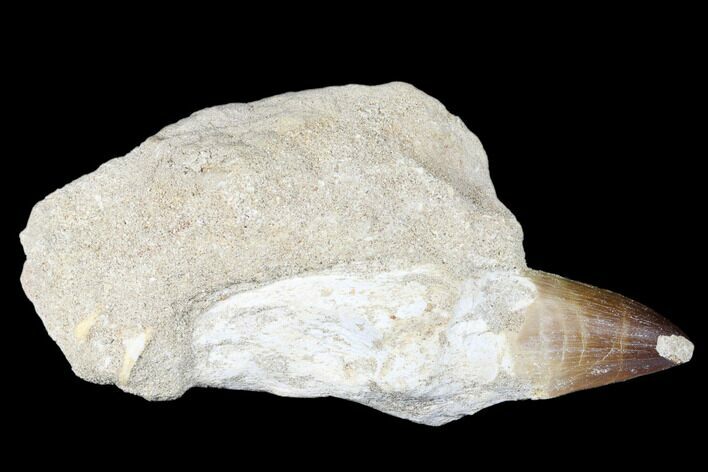 This is a 3.6" long, rooted tooth of a large Mosasaur (Prognathodon). It comes from the Upper Cretaceous, phosphate deposits in the Oulad Abdoun Basin of Morocco. Unlike most "rooted" teeth you see for sale, it is natural and not a composite. Comes with an acrylic display stand.

It comes from the massive phosphate deposits in the Oulad Abdoun Basin near Khouribga, Morocco. These deposits are mined for phosphate, one of Moroccos biggest exports. The fossils are collected as a byproduct of the mining operations, saving them from certain destruction by the rock crusher.

Although Mosasaurs diversified and proliferated at a spectacular rate, their specialization is considered the source of their demise when marine systems collapsed at the end of the Cretaceous.
More About Mosasaurus & Mosasaurs
View Jurassic World Fossils
FOR SALE
$85
DETAILS
SPECIES
Prognathodon sp.
AGE
Late Cretaceous (~70 Million Years) 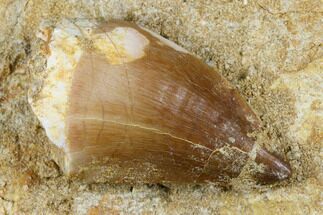 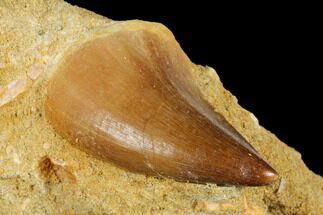 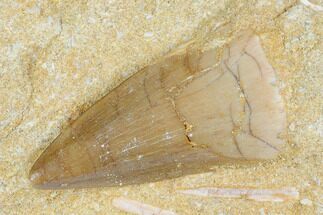 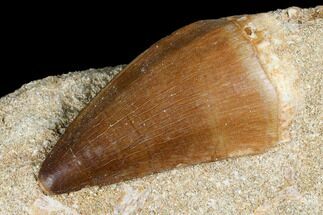 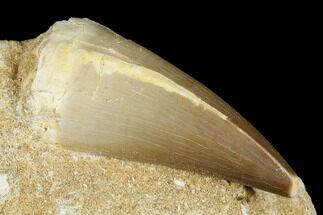 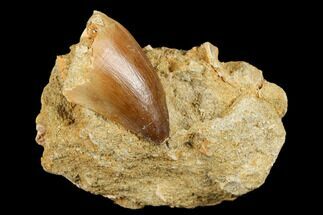