Fossils
Fossil Insects
Dragonflies
True dragonflies (Order Odonata) first appeared during the Jurassic, though similar insects commonly referred to as dragonflies date back to the Carboniferous. While most early dragonflies were not a lot bigger modern ones, members of the Order Meganisoptera got huge with wingspans reaching nearly 2 1/2 feet. The Solnhofen limestone in Germany is the most famous locality for fossil dragonflies, but they are also commonly found in the Crato Formation of Brazil and in China. 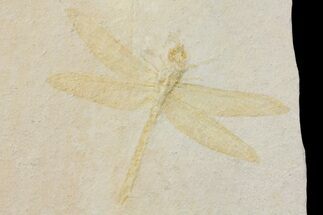 What Are Dragonflies And Damselflies?

Dragon and Damselflies are predatory insects with long slender bodies, transparent, highly veined wings. They have large eyes and the ability to move them independent of their bodies, making it appear as if they are turning their heads. They have heavy, toothed mandibles for grasping and consuming prey. In flight they appear to move easily, with little effort.

How Are Dragonflies Different From Damselflies?

When Did The First Dragonfly Appear In The Fossil Record?

How Are Earlier Forms Of Dragonfly Different From Modern Ones?

Are Dragonflies The Biggest Insects Ever Found?

An early form of Dragonfly was the largest insect ever found. In the late Carboniferous and throughout the Permian Period, insects of the Order Meganisoptera flourished. One of these, Meganeuropsis permiana grew very large. It had a wingspan of about 30 inches (75 cm) and a body about 18 inches (47cm) long. There were several other large Meganisoptera, but M. Permiana was the biggest.

Why Are There No Longer Any Giant Dragonflies?

Due to an insect’s exoskeleton and system of breathing, the size of insects has a limit. The bigger the insect, or any living body, the greater its oxygen needs are. For humans, we simply take deeper breaths as our oxygen needs go up. Running is a good example. Because of how their bodies are built, insects cannot do this. For them to increase oxygen intake there needs to be more oxygen available in the air. Currently oxygen makes up about twenty one percent of our air. This is not enough to support insect life much bigger than current size. Oxygen levels during the Permian are estimated to have thirty to thirty five percent of air, making bigger insects possible.

Why Did Meganeuropsis Die Out?

There is a bit of controversy surrounding the reason for the extinction of giant Dragonflies. One theory holds that when the oxygen levels dropped during the permian extinction, Meganeuropsis was no longer able to meet its oxygen needs. Another theory is that they were out competed by new more efficient species. One theory even holds that they survived the Permian extinction only to become food for the newly emerging flying dinosaurs. The actual cause of their extinction is likely some combination of these.

What Did Fossil Dragonflies Eat?

Dragonflies and Damselflies, whether from 200 million years ago or today still have the same feeding habits. They are carnivores that feed on that ever they can catch. As adults they primarily eat other insects and invertebrates. As nymphs they eat small fish, invertebrates, other water insects. They are voracious and highly effective predators. 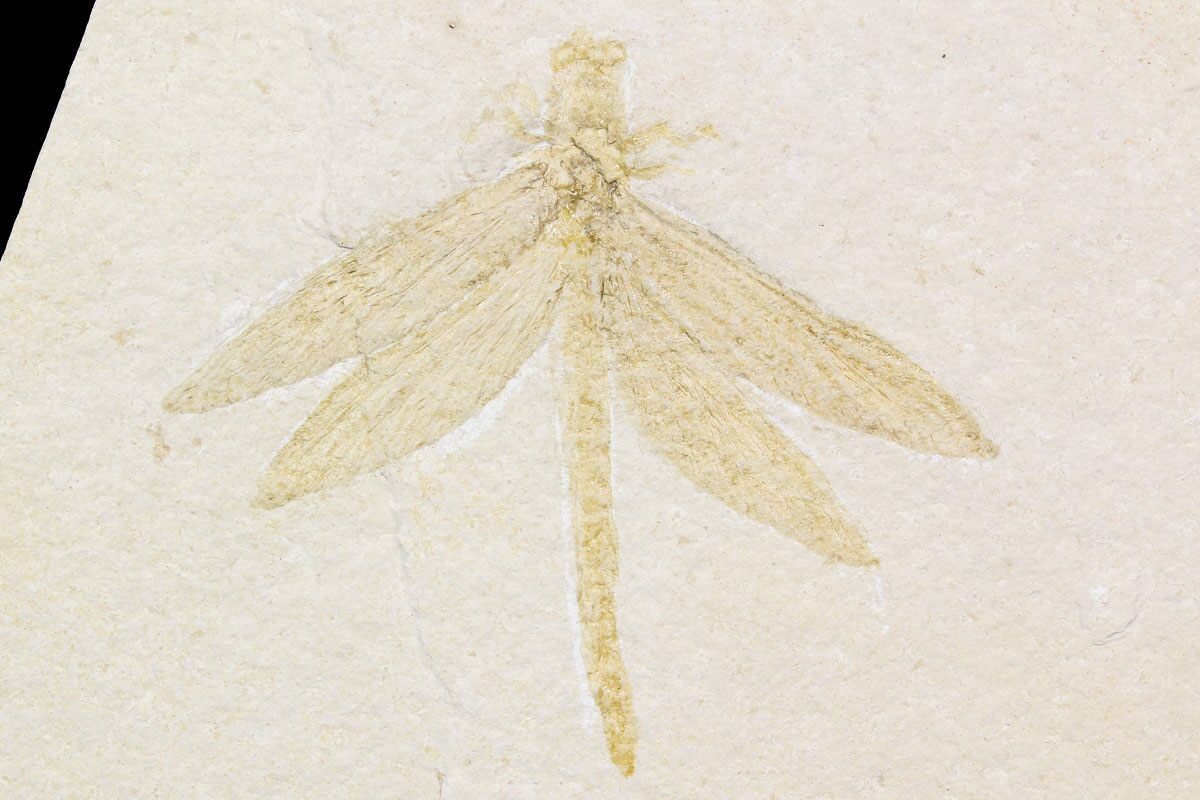