Sharks have been swimming in the oceans for over 400 million years and they constantly shed their teeth as they become worn or damaged. In fact if you look at a shark’s jaw, you will see several rows of replacement teeth growing in behind the ones currently in use. It’s estimated that some varieties of sharks will shed over ten thousand teeth during their lifetime. This frequent tooth shedding along with the fact that a shark's teeth fossilize easily equates to them being very common fossils. In Georgia, fossil shark teeth can be found eroding out of many different geological formations from Cretaceous to very recent in age. 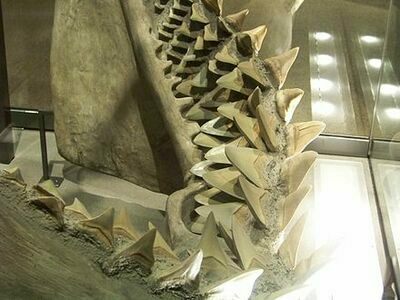 A reconstructed Megalodon jaw showing the multiple rows of teeth.


In particularly along the coast of Georgia, fossil shark teeth can be found in the Miocene aged Hawthorn Formation. Millions of years ago ocean levels were higher and Georgia’s coastline was more inland. Fossilized teeth which fell to the bottom of the ocean become covered in sediment and fossilized. As the oceans receded the resulting rock was exposed and as it’s eroded fossil shark teeth are exposed and can most easily be collected in rivers and along the shoreline. 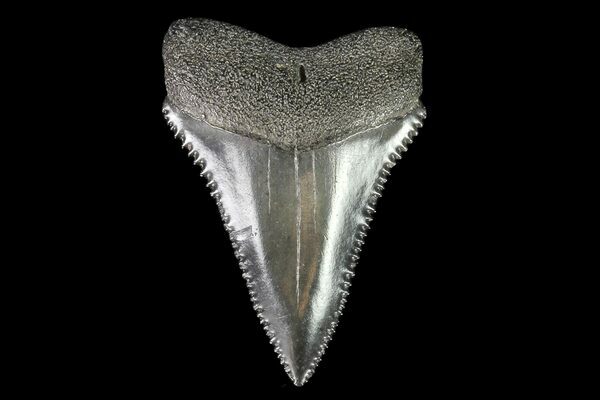 
Fossilized teeth of many different sharks including Makos, Snaggletooth sharks, and white sharks can commonly be found in the Hawthorn Formation, but most prized are the teeth of the gigantic Megalodon shark. A typical, adult Megalodon shark tooth might be 4-5 inches in length, but in rare circumstances teeth of super-sized individuals may exceed 7 inches in length. Most of the Megalodon teeth found in Georgia are collected by divers who recover them from the bottom of rivers and bays after they have eroded from the rock. 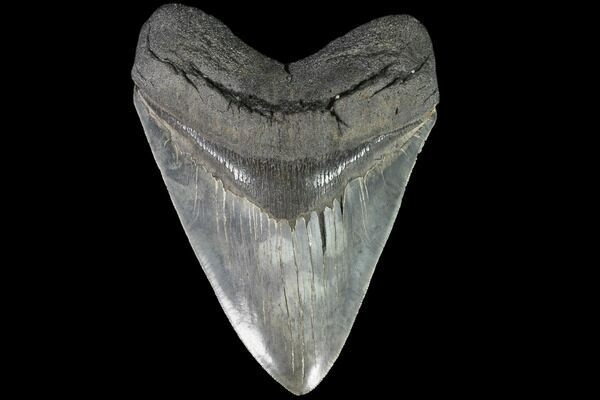 A 6.18" fossil Megalodon tooth collected from a river in Georgia.


Nearby North Carolina has named the Megalodon tooth as it's official state fossil.