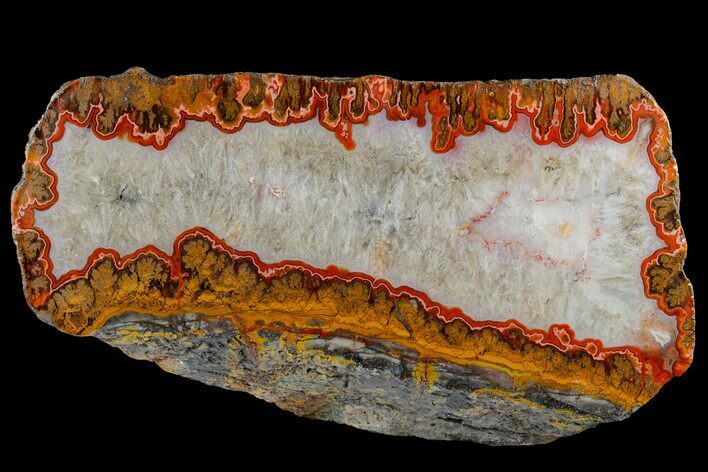 This is a gorgeous polished agate nodule end cut that was collected from the Khenifra Province of Morocco. It features hanging stalactite formations, as well as plumes that formed at the base of the cavity, resulting in an indicator of orientation of the nodule during deposition. These plumes are encapsulated in layers of red and pink agate with a quartz/agate center. One side of this specimen has been cut flat and polished to a glossy finish, while the other side and outer edge have been left rough.

This large agate specimen comes with a display stand.

Banded agate nodules from Kerrouchen (also spelled Karouchen or Kerrouchene) are known for their intense red, pink, white, yellow, orange and brown agate hues. They formed as nodules from silica and iron-rich fluids, within the Triassic age basaltic rock. These nodules can reach upwards of 12 inches wide and can be collected from the basalt itself. More commonly, they're collected from apple farms in the valleys where farming processes expose these nodules that erode from the basalt. Both nodular and vein/seam agates come from this region. 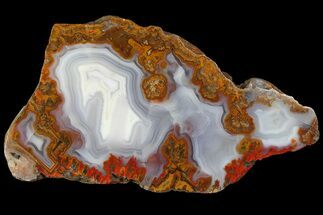 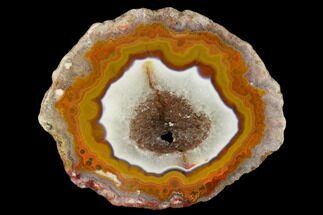 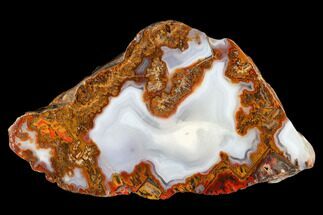 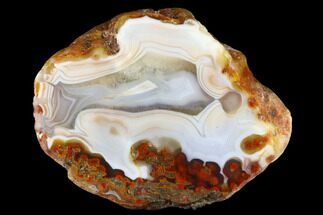 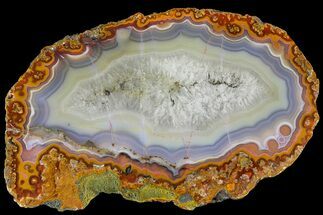