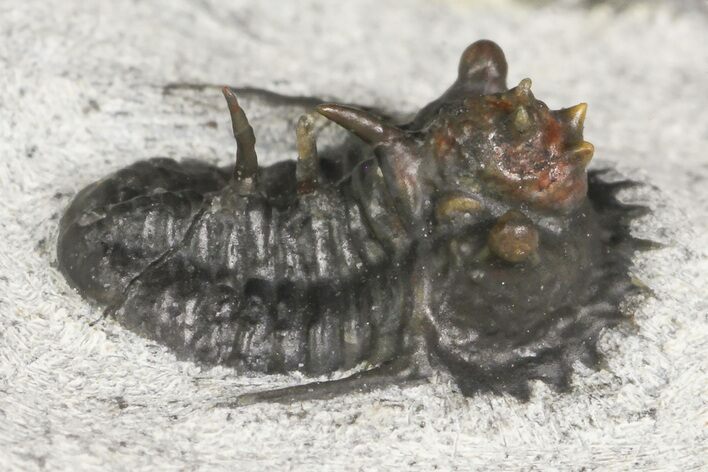 This is a rare, .36" long, Otarionella lkomalii trilobite from Jebel Oudriss, Morocco. I've only been able to acquire a few examples of this species over the last few years.

A link to the paper describing this unusual Aulacopleurid can be found below.

The ontogeny and systematics of the otarionine trilobite Otarionella from the Devonian of the Montagne Noire, France and the Maider, Morocco 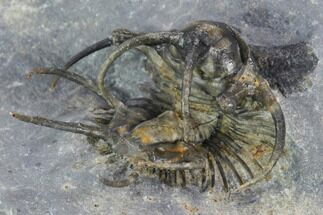