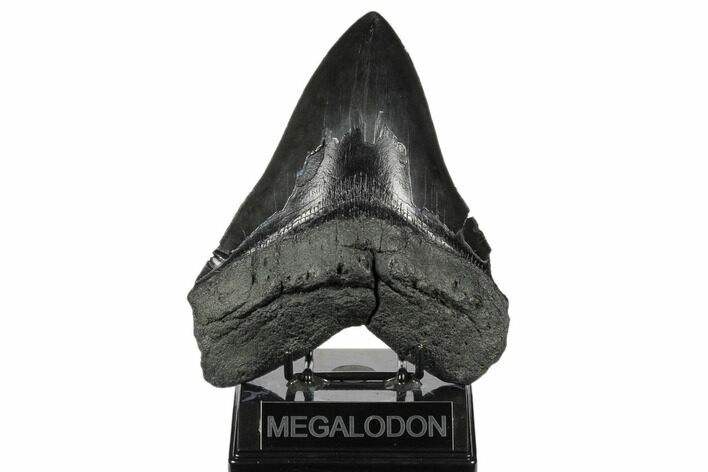 This is a gigantic 6.55" long Megalodon tooth collected from a river in South Carolina. Complete meg teeth of 6 inches are very rare, and for each 1/10th of an inch over they get exponentially more rare. In fact, this is only the fourth tooth over 6 1/2" that we've had to offer in the past seven years.

Like nearly all the Meg teeth we sell there hasn't been any repair or restoration. While the serrations are worn, most are still visible and the tip doesn't have any significant wear.