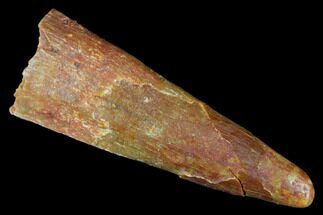 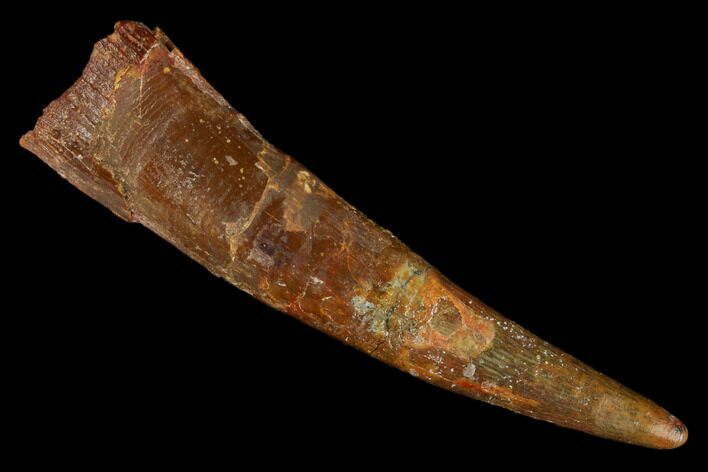 This is a 1.92" long, fossil Pterosaur (Siroccopteryx) tooth from the Kem Kem Basin, Taouz, Morocco. There is a repaired crack about half way down and the enamel has weathered away from most of the tooth.

Siroccopteryx moroccensis is a Late Cretaceous pterosaur from the Kem Kem Beds in Morocco. It would have been one of the largest pterosaurs with a wingspan of around 12-15 feet (4-5 meters). It is likely that this animal was a specialized glider, and ventured into the sea off the coast of Africa, to capture fishes and other prey that swim near the surface.

The exact genus and taxonomy of this pterosaur is still up for debate. Some researchers consider it a member of the Coloborhynchus genus, some consider Siroccopteryx a seperate genus and yet others have proposed it is closer to the Anhanguera genus. Siroccopteryx appears to be the genus name more widely in use.

Artists reconstruction of a species of Siroccopteryx. 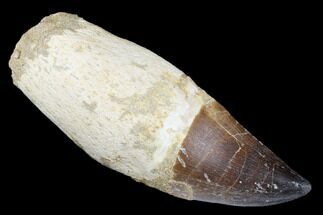 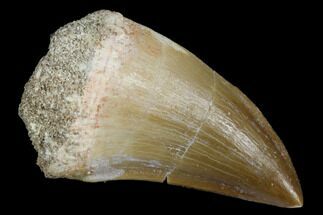