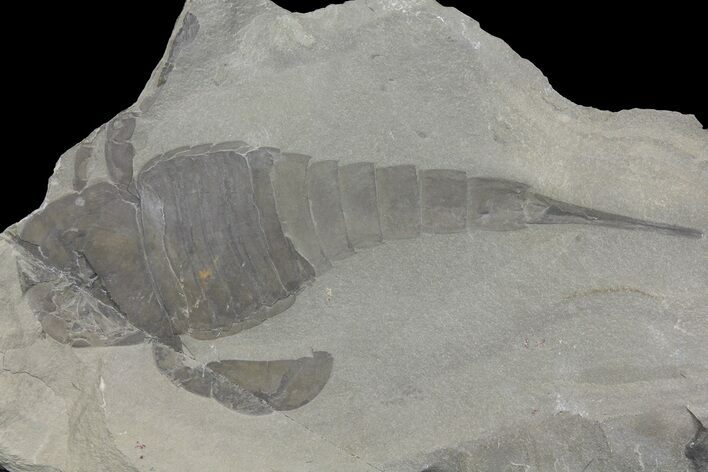 This is a good-sized, 6.2" long Eurypterid (Eurypterus remipes) from Lang's Quarry in New York. One paddle is present but the other is runnin goff of the rock.