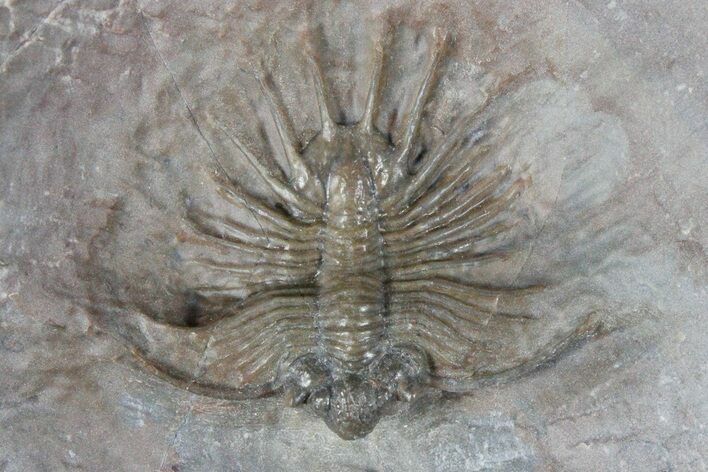 This is a rare, and as far as I know, currently undescribed Lichid trilobite from Jorf, Morocco. This new species appears to have some affinities to either Belenopyge or Acanthopyge. Only a handful of these specimens have come onto the market over the past couple of years, and this is a beauty. It's .8" long and the preparation work is nice.