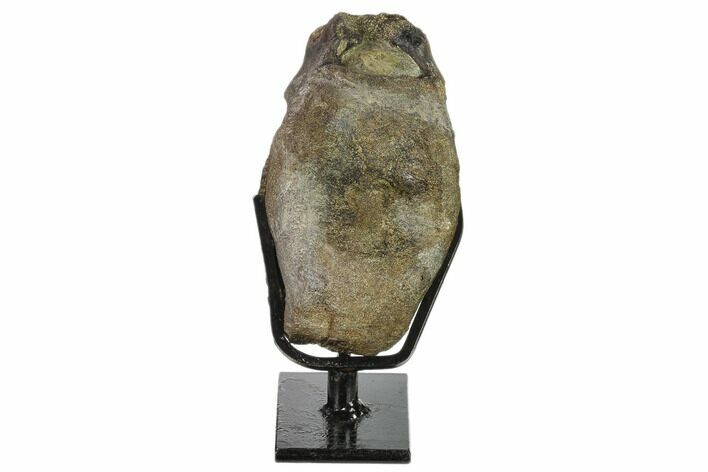 This is a really cool, 6.1" wide Hadrosaur (Hypacrosaur) vertebra from the Two Medicine Formation of Montana. It was collected this last summer and has been nicely prepared from the hard rock surrounding it. When the vertebra was found, the vertebral arch had broken away from the centrum. Some of the bone wasn't recoverable and has been restored. There is some gap fill restoration to one edge of the centrum and most of the cortical bone has weathered away.