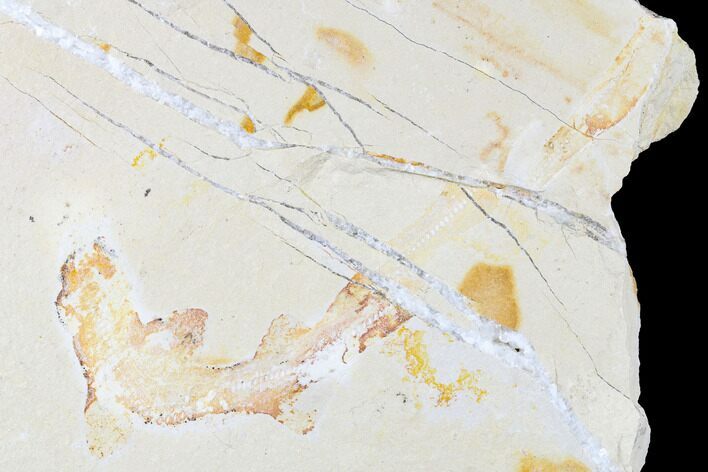 This is a rare, partial fossil shark from the famous Upper Cretaceous marine deposits near Hjoula, Lebanon. Like most of the sharks in the Lebanese lagerstätten, it is fairly small at 4.6" long but with nice preservation. Sharks like this are one of the rarer components of the fauna in the formation.

There are natural quartz seams through this rock where the rock naturally fractured and shifted, explaining the disarticulation of the shark. Comes with an acrylic display stand.

A photo of one of the quarries at Hjoula, Lebanon