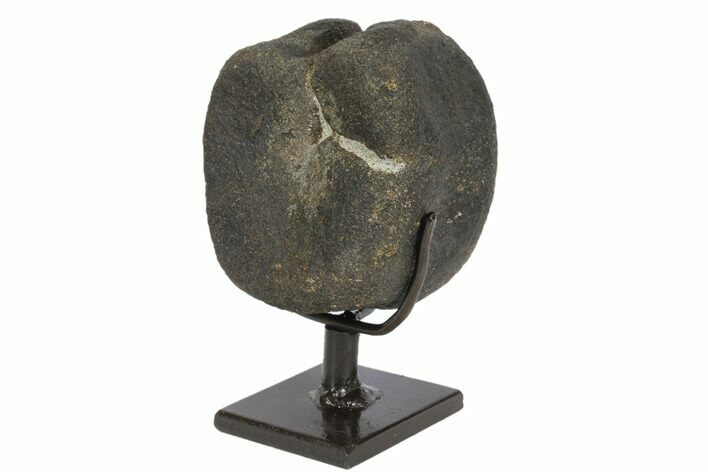 This is a 3" tall Hadrosaur (Hypacrosaurus sp.) caudal vertebra from the Two Medicine Formation of Montana. It was collected this spring and is still in pretty good condition. The cortical bone has weathered away, along with the processes. There is an indentation that occurred naturally and what appears to be some minor gap fill restoration/stabilization along one of the pedicles.

It sits nicely on the provided custom metal display stand.