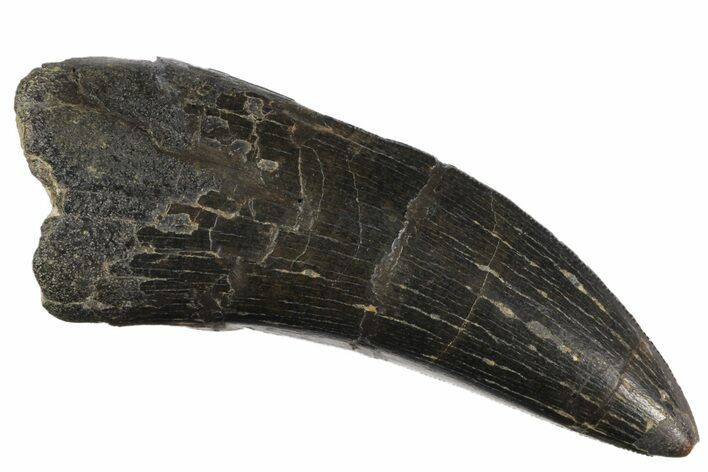 This is a robust, 2.62" long, serrated Tyrannosaur tooth collected this summer from the Two Medicine Formation of Montana. It is hard to get teeth this nicely preserved from the formation, particularly large ones. The layer was deposited during a flood event, so the teeth are typically tumbled and worn with missing serrations or tips.

This one has visible serrations and an intact tip. There is some enamel wear spots, particularly on one side. There are a couple of crack repairs but no significant restoration.

There are three described Tyrannosaurs from the Two Medicine Formation & Judith River Formation; Albertosaurus, Gorgosaurus and Daspletosaurus. Research done on teeth from these three Tyrannosaurs has concluded that isolated teeth are statistically impossible to assign to a specific genus because they are so similar.