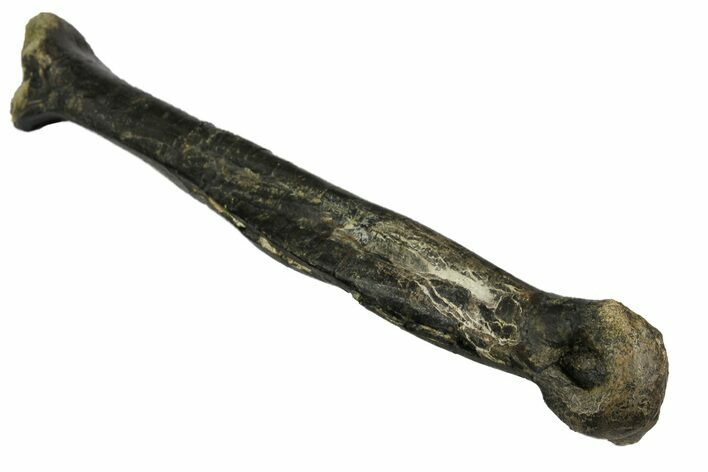 This is a fossil metatarsal bone of a theropod dinosaur, from the Two Medicine Formation of Pondera County, Montana. Using size as an indictor it is most likely that this bone is from Dromaeosaur. The bone measures 12.2" long and stands 12.8" tall on the included custom metal display stand.

There are several repaired cracks through the diaphysis of this bone where it was found fragmented within the rock, with spots of gap fill restoration where missing bone fragments left gaps. Both the proximal and distal ends underwent some weathering, both of which required restoration. The bend at the distal end of the bone is natural and indicates that this would have been the lateral metatarsal on the left leg.