Fossils
Fish Fossils
Kansas
Xiphactinus
83 million years ago the fearsome, predatory fish Xiphactinus audax terrorized the inland seaways of what is now Kansas. Reaching sizes of up to 15-20 feet long this veracious predatory, resembled a gargantuan, fanged tarpon. It's fossils are frequently found in the Smoky Hill Chalk in Gove County. It's vertebrae are the most commonly found fossil, though rarely more complete specimens are found. 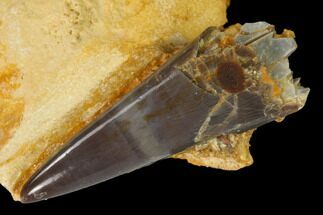 Xiphactinus was one of the largest bony fish ever to have lived. During the late Cretaceous, about eighty million years ago, it prowled shallow seas worldwide. Though cosmopolitan in distribution, it is best known from the central regions of North America, especially Kansas and the American midwest. Eighty million years ago, the center of the continent was covered by a shallow sea called the Western Interior Seaway. This shallow sea was the perfect home for Xiphactinus and the perfect place to preserve its remains. 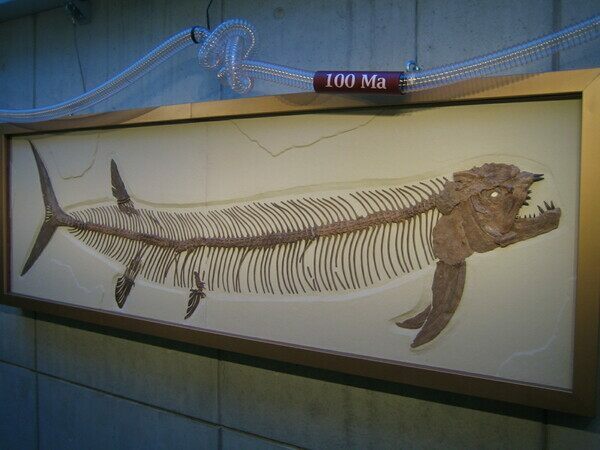 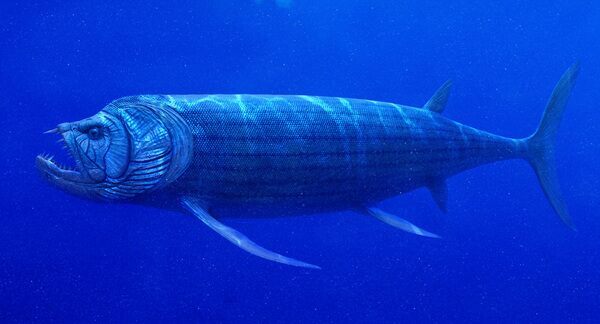 
Xiphactinus was a large bony fish. This is to say, its skeleton was made of bone, not cartilage like sharks and rays. It likely ranged in size from 15-20 feet (4.5 - 6m) and had a body much like a flattened tube. It was long and thin with little arc to the dorsal and ventral sides. It had large scales, a symmetric sickle shaped tail and three inch teeth. It weighed five hundred to a thousand pounds. It is said it looked like a toothy, oversized, modern tarpon. Despite its size it was not the apex predator of the day. Xiphactinus has been found in fossilized remains of the sharks, Squalicorax and Cretoxyrhina. It also would likely have fed a variety of marine reptiles like Plesiosaurs and Mosasaurs.

When Did Xiphactinus Live?

Xiphactinus is thought to have evolved about one hundred twelve million years ago. And Disappears from the fossil record around the time of the Cretaceous-Palaeogene Extinction.

What Did Xiphactinus Eat?

Xiphactinous is often described as a voracious predator. Gluttonous is also a good descriptor. It would have fed on whatever it could get its teeth on. This would include smaller fish, turtles, pterosaurs, likely even juvenile reptiles, mosasaur for example. It likely, also scavenged if the opportunity presented. A number of skeletons of Xiphactinus have been found with undigested prey in the stomachs. The most famous of these is at the Sternberg Museum of Natural History in Hays Kansas. A thirteen foot long Xiphactinus has a completely preserved, six foot long Gillicus arctuatis in its stomach. It is likely that Xiphactinous died shortly after ingesting such large prey.

Where Are Xiphactinus Fossils Found?

Xiphactinus fossils have been found in Venezuela, Europe, Australia, Canada and the United States. The first specimens were found in the Niobrara Chalk Formation of Kansas. Elsewhere in the US they have been found in Cretaceous formations on the east coast; Georgia, Alabama, North Carolina and New Jersey. The most common fossils found are vertebrae, but more complete specimens are found.

What Was The World That Xiphactinus Lived In Like?

Xiphactinus lived is shallow seas like the Western Interior Seaway of North America. This was a body of water that divided what we now think of as North America into three distinct land masses. Aside from the unfamiliar species, it would have looked for the most part like any saltwater shoreline we would see today. The marine environment included all levels of life from plankton to apex predators. There were mollusks including ammonites and belemnites. Fish from the diminutive Chirocentrites to larger Enchodus, Pachyrhizodus and Ichthyodectes. Giant, marine reptiles like Mosasaurs, Elasmosaurs and Ichthyosaurs would have occupied the top of the food chain. Just below them would come the sharks, Squalicorax, Cretoxyrhina. In addition to the marine animals, early birds and Pterosaurs would have flown above the sea. 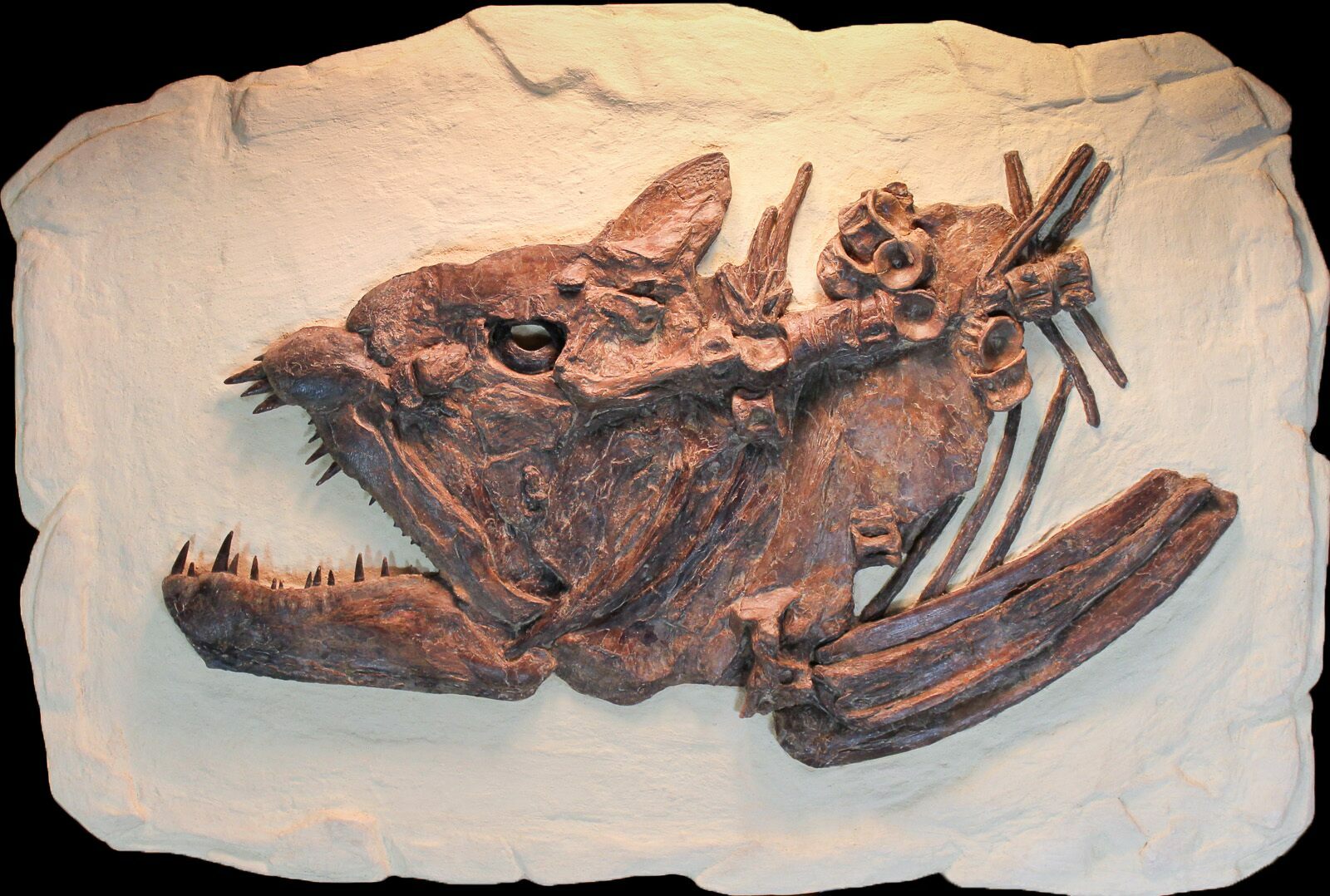