The teeth/molars of mammoths are among the most complex of any mammal. They are composed of plates of dentine surrounded by enamel. A series of these plates (crown) held together by dentine makes up a tooth. The number of plates in each tooth is determined by species and the age of the tooth. At the base of the tooth, the root held the tooth in place.


Mammoth’s go through a maximum of six sets of teeth as they mature. As teeth are replaced, each successive tooth is larger and composed of more plates. Teeth range in size from about an inch at birth to 9-12 inches in the sixth and final set. After the teeth in a mammoth’s sixth and final set becomes worn, the animal would become unable to chew its food and eventually starve to death.

Most mammals have one set each of deciduous and permanent teeth. The deciduous teeth are lost at maturity and the permanent teeth remain until death. Mammoths had six sets of teeth, three deciduous and three permanent sets. In most mammals deciduous teeth are lost vertically. This is to say, they come out of the sockets and a new tooth grow in from underneath. In mammoths, tooth loss is horizontal, meaning that the new tooth grows in from the rear of the jaw, while the old tooth is lost off the front as it wore down.

As mentioned above, mammoths had six sets of teeth, three deciduous and three permanent. These teeth are often labeled P2-P4 and M1-M3. These can be thought of as Premature molar 2-4 and Mature molar 1-3. Premature or deciduous teeth lasted from an individual’s birth until maturity in their mid twenties. P1 or “milk teeth” were lost shortly after weaning around age three, the remaining premature teeth lasted until maturity. Mature teeth take the place of premature teeth around the animal’s mid twenties and progress through stages 1-3 until about the time of the animals death around age sixty.

Mammoth teeth can sometimes be difficult to identify and determine growth stages because they are very often severely worn, both from feeding while the mammoth was alive, and the environment the tooth was deposited in. There are a few markers that can give a possible identification.

Identifying the species of mammoth from a tooth is possible. Most mammoth species had subtle differences in tooth morphology that can be discerned by an experienced individual. Here are some example photos of molars of different types of mammoths. 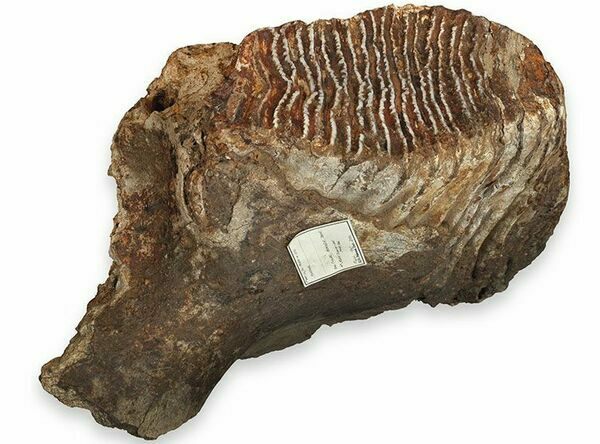 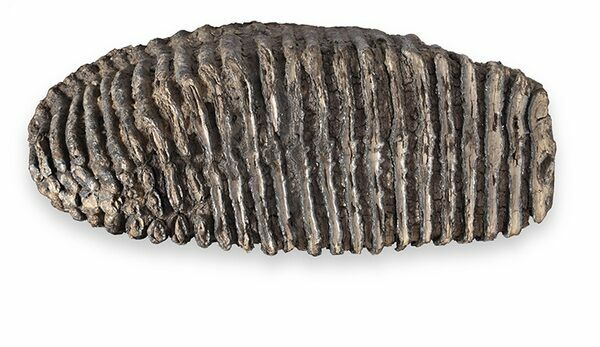 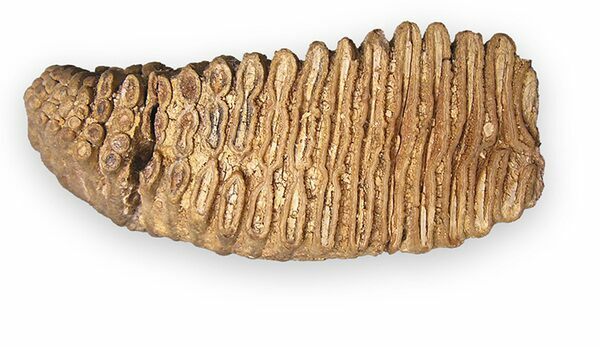 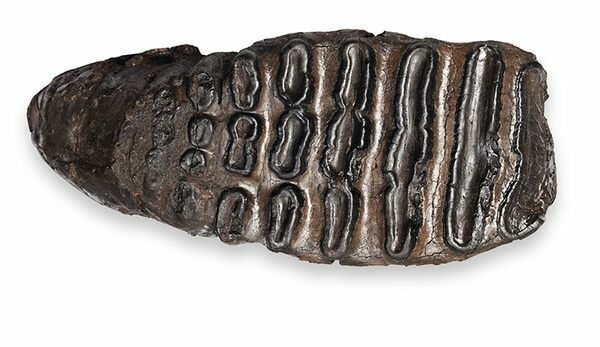 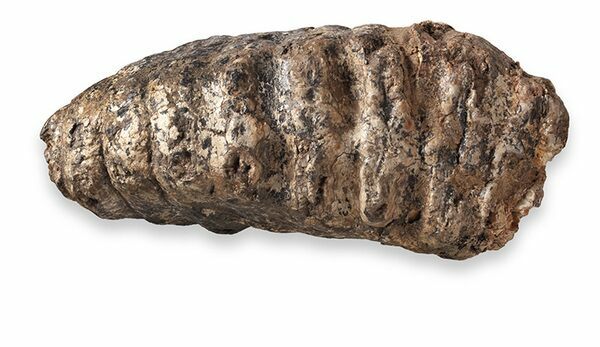 
One of the most important aspects of identifying a species of mammoth is location. One must know which species lived in an area. For example, if you found a tooth in Washington State, it cannot be a Woolly Mammoth (Mammuthus primigenius). They did not live in Washington.

Identifying the stage of a tooth is much more difficult. There is a good deal of interpretation that goes into making this distinction. 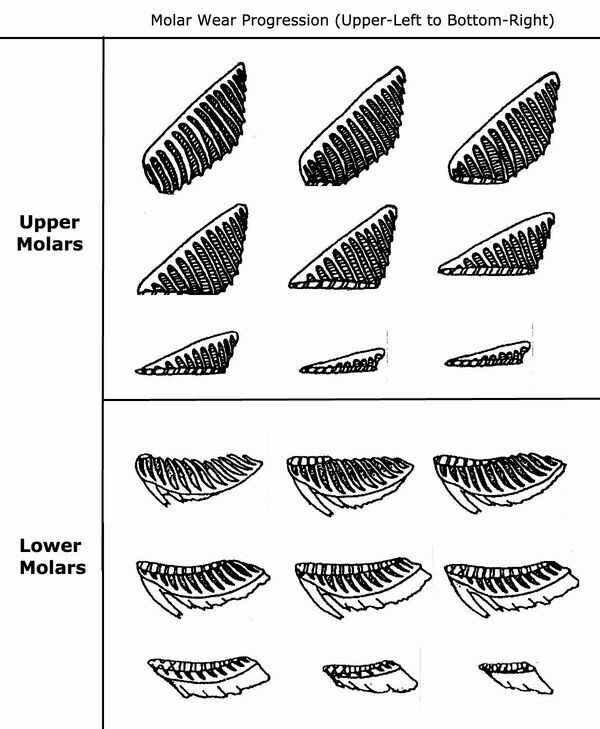 Diagram of upper and lower molars with progressive amounts of wear.

If you want to know if the tooth is from the right or left side, first determine if it is top or bottom, then simply hold the tooth with the occlusal (the part that come in contact with food) surface in the position it would be in the mouth. For example, if it is an upper jaw tooth the occlusal surface should face down. Then point the mesial end away from you. Now with the tooth in the correct orientation, simply note the curved edge of the tooth. If the tooth is an upper, the curve is generally to the labial (outside) side. If it is a lower, the curve is to the lingual (inside) side. 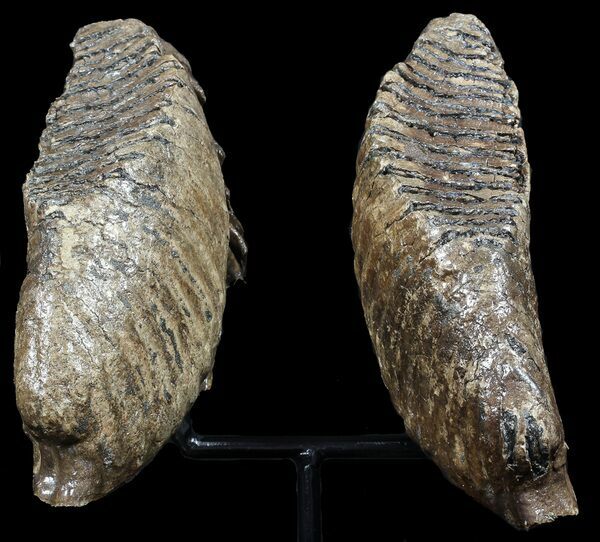 A matching pair of lower molars showing the differences between right and left molars.

What is a Trilobite?