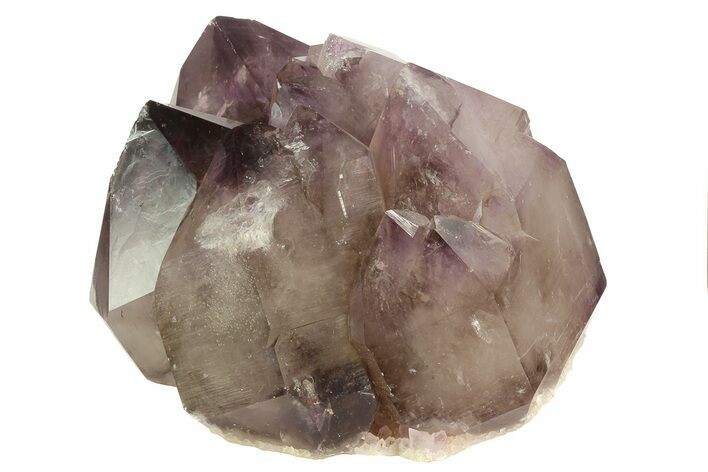 This is a large, smoky amethyst cluster from Diamond Hill, South Carolina. All of the crystals are large, colorful and beautifully formed. There is minor chipping to the majority of the terminations, otherwise, the specimen is in wonderful condition.

The Diamond Hill Mine is located in the southern portion of the Appalachian Mountains, in South Carolina. Erosion over millions of years, exposed this 3 acre spot of mountain that some of the widest varieties of quartz variations in the world, come out of. Quartz variations such as amethyst, smoky, skeletal(elestial), milky, phantomed, iron and manganese oxide coated, and even aura quartz are know to have been deposited here through silica-rich hydrothermal processes. Other minerals including beryl, epidote, and garnet are known to come out of this location as well.

Amethyst is a purple variety of quartz (SiO2) and owes its violet color to natural irradiation, iron impurities, and the presence of trace elements, which result in complex crystal lattice substitutions. It’s considered a semi-precious gemstone, and just two centuries ago was considered to have a value on par with diamonds, sapphires and rubies. The largest and best known amethyst deposits occur in southern Brazil and Uruguay but many localities around the world produce an amazing variety of amethyst crystals and formations.

Smoky quartz is a grey-brown to black variety of quartz. This common name is derived from from the appearance of smoke within the quartz crystal. Dependent on the location and the chemicals present during formation, smoky quartz can appear opaque black, however it’s typically translucent to some extent. It’s believed that the quartz gains this color from a combination of natural irradiation and aluminum impurities.
FOR SALE
$245
DETAILS
SPECIES
Quartz var. Smoky Amethyst
LOCATION
Diamond Hill, South Carolina
SIZE
5.1" long, 4.9" wide
CATEGORY
Quartz Crystals
ITEM
#69785
SHIPPING
Shipping & Return Policy info. 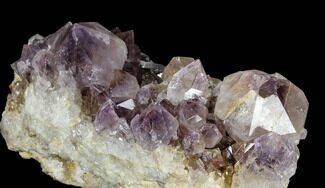 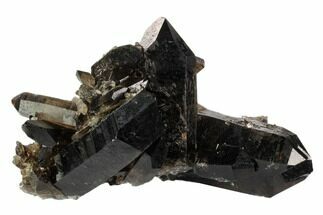 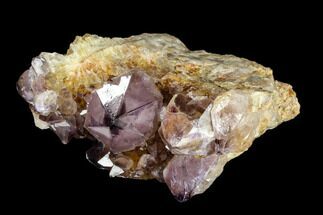 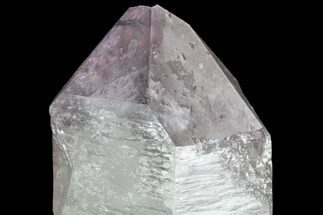