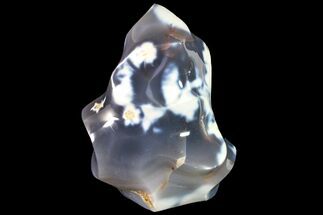 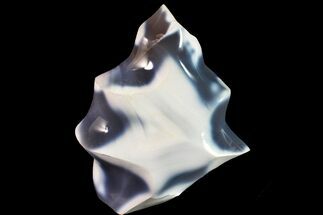 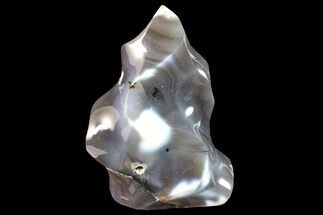 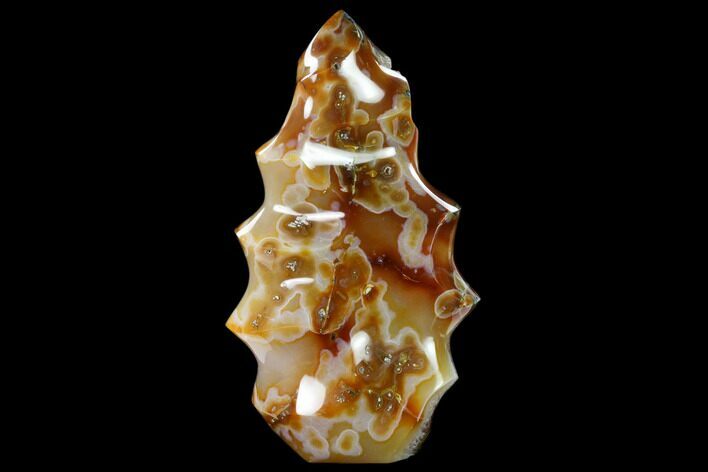 This is vibrantly colored carnelian agate from Madagascar that has been hand-polished into a "flame" shaped sculpture. This beautiful piece is 8.5" tall and displays fiery hues of red, yellows and oranges, with a breathtaking quartz crystal filled pocket along one edge. The base has been cut flat so it can be displayed without the use of a stand.

Carnelian is a semi-precious variety of chalcedony that features an orange or orange-red coloration. It's name is believed to come from the Latin word carneus, meaning 'flesh colored'. The reddish color is due to the presence of iron oxide impurities in the silica which makes up the chalcedony.

Carnelian is one of the oldest known gemstones. It was widely used in ancient Rome to make insignia and seals for imprinting on letters or important documents because hot wax does not stick to carnelian. 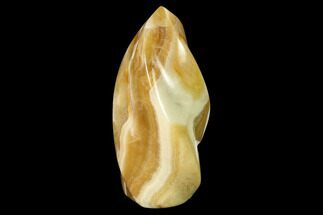 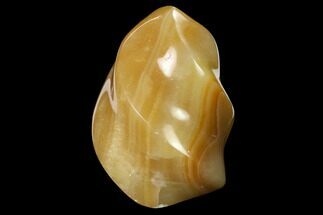 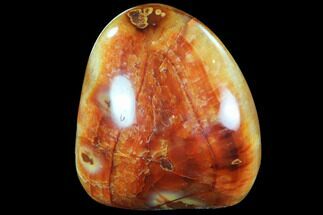 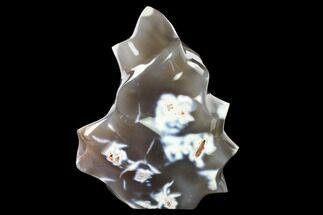 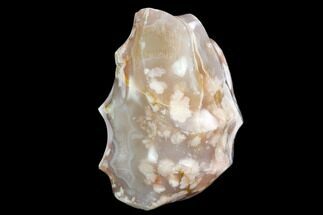 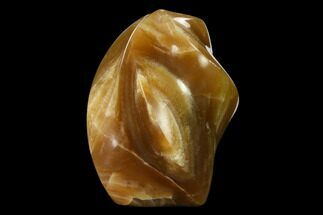 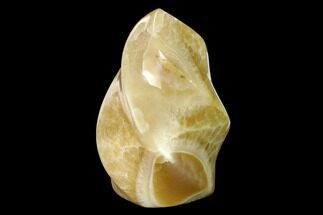