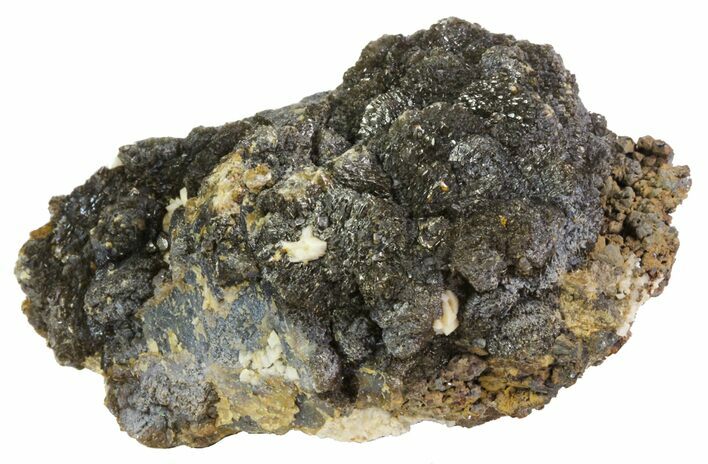 This specimen contains galena, dolomite and sphalerite, and was collected from the Pine Point Mine in Canada. The white dolomite stands out between the sphalerite crystals clusters that coat the top of the specimen. 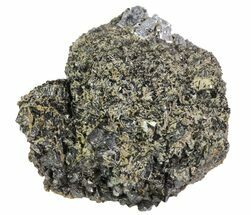 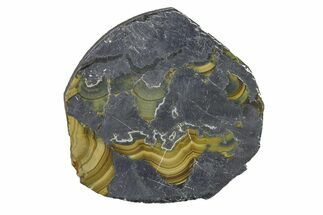