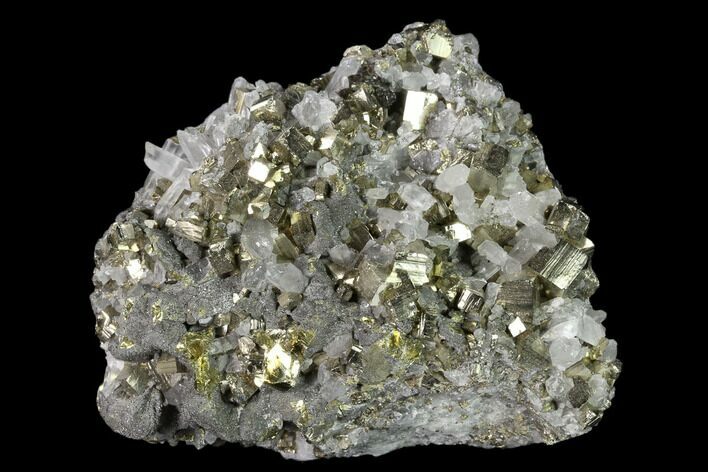 This is beautiful cluster of gleaming cubic pyrite crystals that formed in association with chalcopyrite and quartz crystals. It comes from the Huanzala Mine in Peru and the entire specimen measures 3.8" wide. 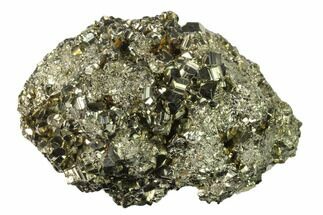 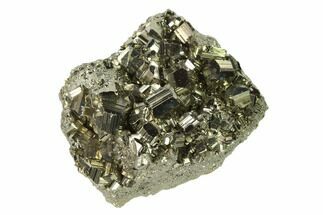 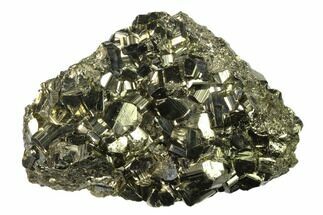 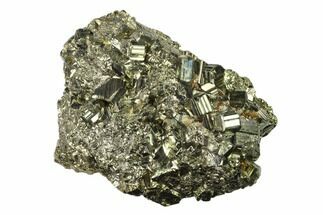