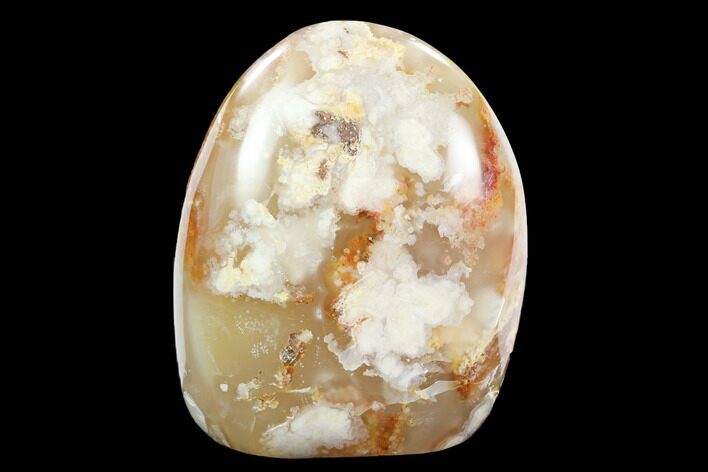 This is a beautiful, milky flower agate specimen that was collected, sculpted and polished in Madagascar. It is 3.6" tall and bares flower-like formations of white chalcedony and an open cavity that features botryoidal agate. The base has been cut flat so that it displays nicely on a hard surface and would be suitable as either an indoor or outdoor decorative piece.

Flower agate is a formation of agate that contains plumes of white-pink, opaque chalcedony formations that are scattered throughout. Occasionally these specimens are found with white and pink banded agate, as well as milky white cross sections of quartz crystals. This type of agate comes out of Madagascar and is most often sold as a polished stone. Some of these polished stones contain pockets of botryoidal agate formations that resemble large spherical grape agates.
FOR SALE
$29
DETAILS
SPECIES
Quartz var. Agate & Chalcedony
LOCATION
Madagascar
SIZE
3.6" tall
CATEGORY
Polished Rocks & Crystals
SUB CATEGORY
Agates
ITEM
#121776
SHIPPING
Shipping & Return Policy info. 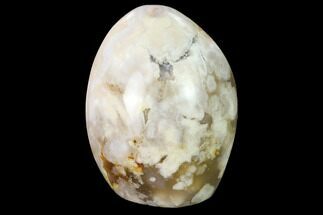 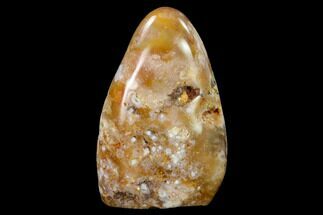 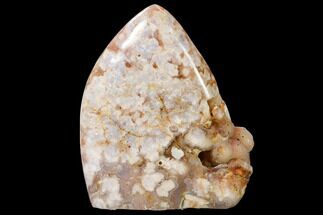 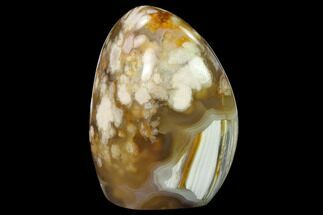