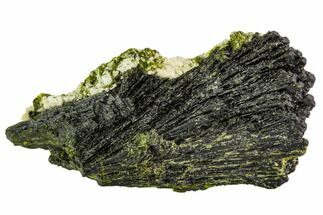 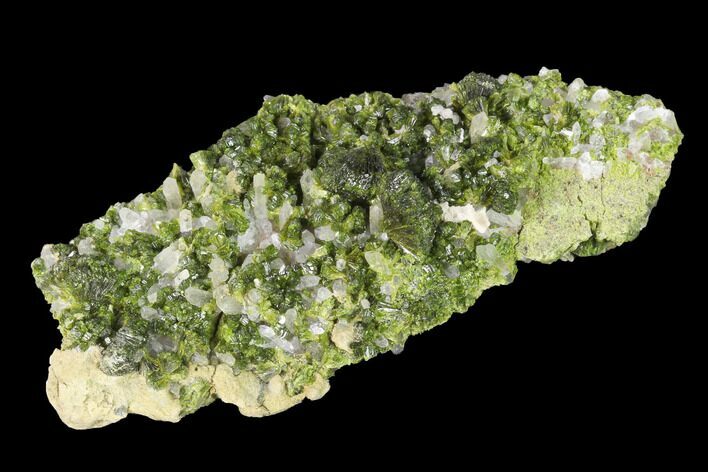 This is a beautiful mineral association that contains pistachio-green epidote crystals in bow tie and fan shaped aggregates, on a bed of quartz. The specimen was collected from Imilchil in the Er Rachidia Province of Morocco.

Epidote is a green, silicate mineral that is commonly found in regionally metamorphosed rocks. It often forms lustrous, elongated and interconnected crystals that are highly coveted by collectors. While nearly all epidote is green it may take on many different shades and tones from yellowish to deep green. 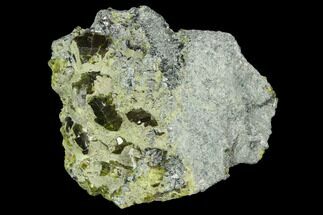