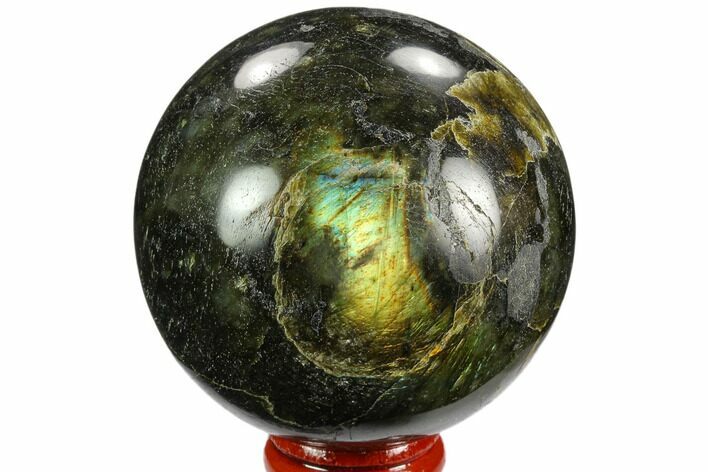 This is a flashy, polished sphere of Labradorite that was collected and sculpted in Madagascar. The gold/green/blue colors are present in spots and give the sphere an entirely different personality when viewed in different angles and lighting. Comes with the pictured display stand. 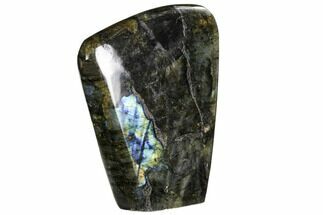 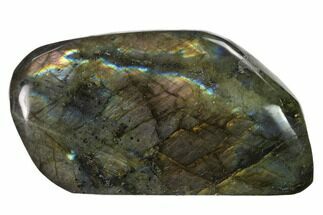