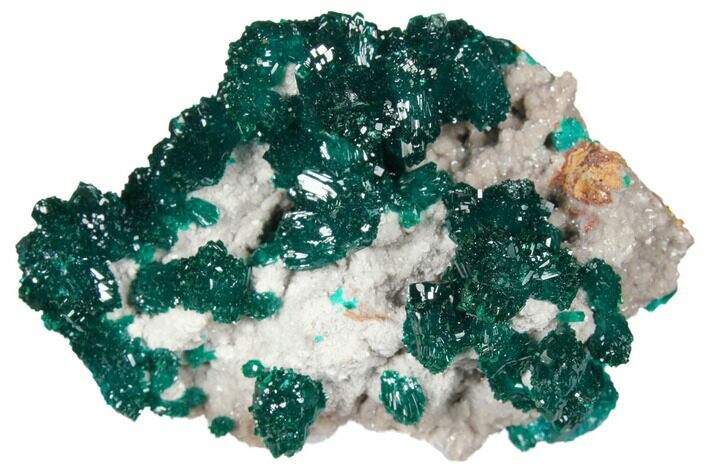 This is a very nice association of dioptase crystals, dolomite and mimetite from the Ntola Mine of the Republic of Congo. The entire specimen is 2.15" wide. The dioptase crystals have a saturated, dark emerald-green color while the mimetite is vibrant orange in color and can be found mixed in with the matrix. The rock matrix is encrusted in dolomite crystals.

Mimetite is a lead chloro-arsenate mineral with the chemical formula of Pb5(AsO4)3Cl. Depending on conditions, during formation/replacement, arsenate radicals (As04) can be replaced by a phosphate (PO4) or vanadate (VO4) radical. This alteration is what leads to the formation of pyromorphite and vanadinite, hence why they're typically found associated with each other. Regularly ranging between red and yellow in color, mimetite can occur in a variety of structures, from small prismatic clusters and crusts, to incredible hexagonal crystals both thick and thin. 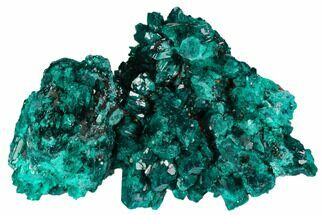 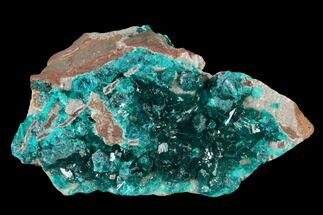 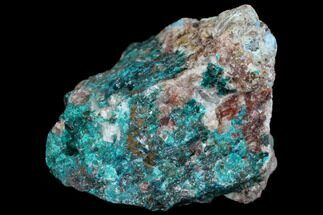 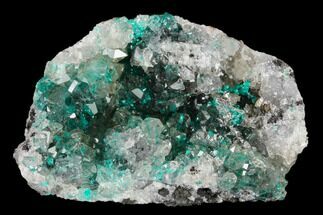 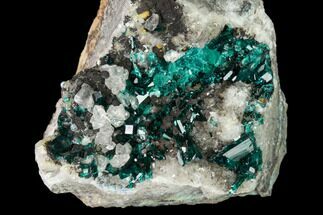 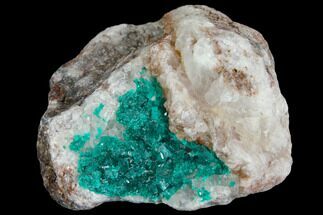