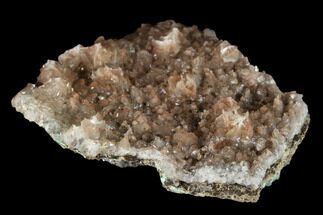 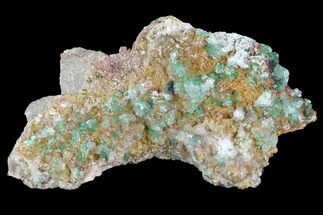 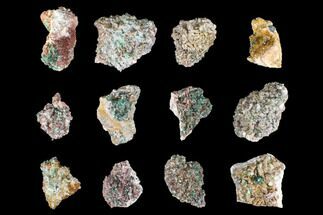 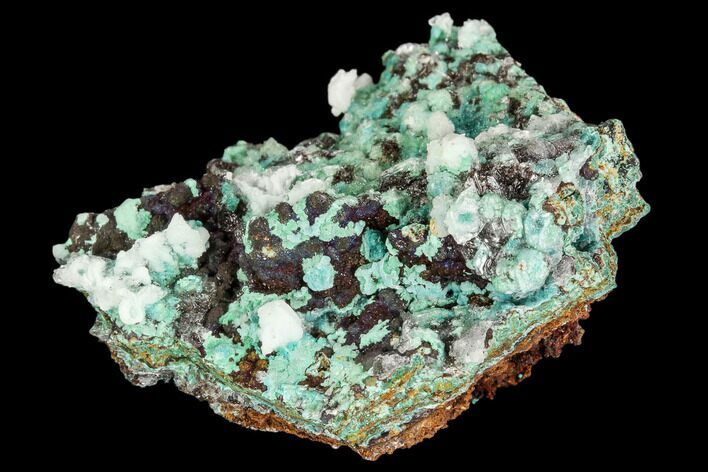 This colorful specimen contains deep blue-green colored botryoidal rosasite formations and aurichalcite, most of which is enshrouded in a thin layer of transparent calcite crystals. It was collected from the Hidden Treasure Mine in the Ophir District of Utah, a location that's well known for its zinc and copper mineral deposits.

Calcite, CaCO3, is a carbonate mineral and the most stable polymorph of calcium carbonate. The other polymorphs are the minerals aragonite and vaterite. Calcite crystals are trigonal-rhombohedral, though actual calcite rhombohedra are rare as natural crystals. However, they show a remarkable variety of habits including acute to obtuse rhombohedra, tabular forms, and prisms. Calcite exhibits several twinning types adding to the variety of observed forms. It may occur as fibrous, granular, lamellar, or compact. Cleavage is usually in three directions parallel to the rhombohedron form.
SOLD
DETAILS
SPECIES
Rosasite, Aurichalcite & Calcite
LOCATION
Hidden Treasure Mine, Ophir District, Utah
SIZE
1.9 x 1.8"
CATEGORY
Other Crystals & Minerals
SUB CATEGORY
Rosasite
ITEM
#109808
SHIPPING
Shipping & Return Policy info. 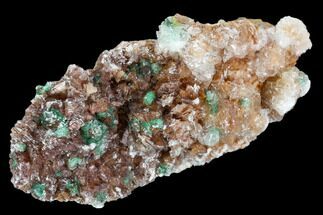 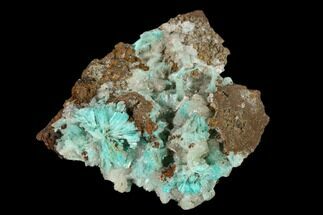 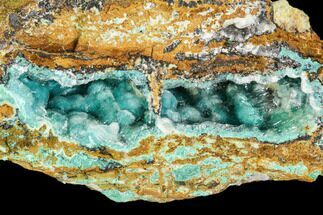 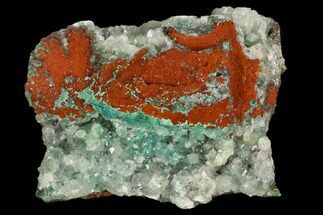 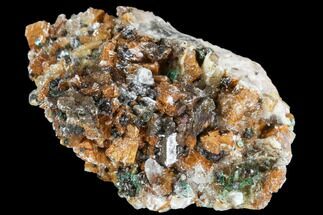