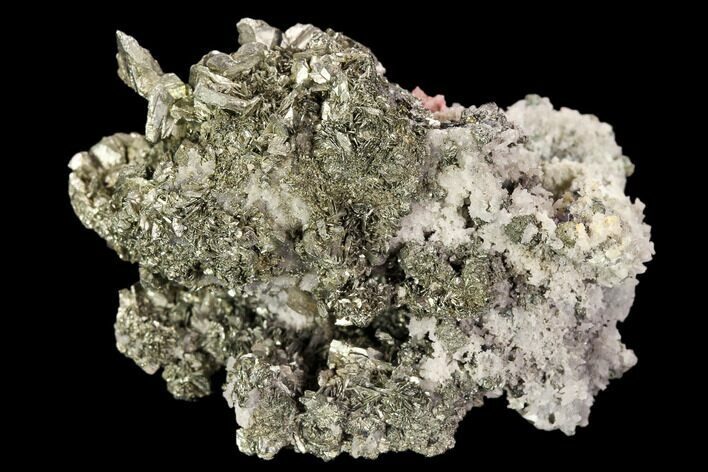 This specimen contains an association of sharp marcasite crystals, quartz, chalcopyrite (beneath the marcasite) and colorless bladed barite. This beautiful mineral association was collected from the Bou Nahas Mine (Bou N'hass Mine) in the Oumjrane area of Morocco. The barite crystal can be difficult to locate for it is centered within the cavity of this specimen.