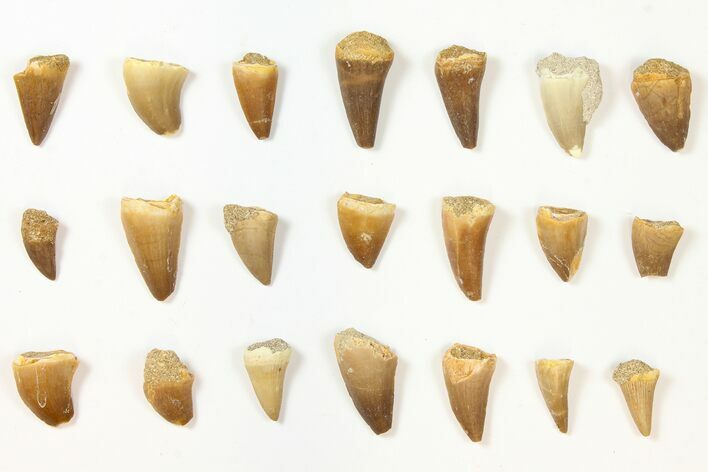 We just launched our new wholesale areas. Check out the wholesale fossils, minerals & crystals section for more listings. Very little of the wholesale inventory that we currently have in stock is listed on the website. If there is something specific you are looking for, or if you are looking to purchase different quantities, please contact us at [email protected] or (866) 550-2013
This is a wholesale box containing 1000, authentic fossil Mosasaur teeth. They are Late Cretaceous in age from the phosphate deposits near Khouribga, Morocco.

They are assorted sizes and conditions ranging from about .7" to 1.4", and probably averaging just over an inch. There are several species present. Many of the teeth has some defects such as chipped tips and some have repaired cracks but there doesn't appear to be any that are restored.

It comes from the phosphate deposits near Khouribga, Morocco. These deposits are mined for phosphate, one of Moroccos biggest exports. The fossils are collected as a byproduct of the mining operations, saving them from certain destruction by the rock crusher.

Mosasaurs are a family of enormous, marine reptiles that truly dominated the seas 90 million years ago. They ruled during the last 20-25 million years of the Cretaceous period. With the extinction of the ichthyosaurs and decline of plesiosaurs, mosasaurs diversified to become prolific, apex predators in nearly every habitat of the oceanic world.


Larger mosasaurs were the great leviathans of their time, extending 10–15 m, or 33–49 ft long. Hainosaurus holds the record for longest mosasaur, at a seemingly impossible, 57 ft. The smaller genera were still an impressive, 10–20 ft long. Mosasaurs probably evolved from semi-aquatic, scaled reptiles which were more similar in appearance to modern-day monitor lizards. They had double-hinged jaws and flexible skulls (much like that of a snake), which enabled them to gulp down their prey almost whole.

The gruesome, unchewed contents of fossilized mosasaur guts have revealed a varied diet of sea birds, ammonites, smaller marine lizards, possibly shark, and even other mosasaurs. Ammonites were especially crunchy mosasaur treats. They were abundant in the Cretaceous sea, and some Mosasaur had specialized teeth for the job.

Mosasaurs probably lurked for an ambush, rather than hunt, possibly using their powerful tail flukes for extra thrust to dart out and swallow unsuspecting prey. Non-reflective, keeled scales may have been a great advantage to the Mosasaur sneak-
attack.

Although Mosasaurs diversified and proliferated at a spectacular rate, their specialization is considered the source of their demise when marine systems collapsed at the end of the Cretaceous.
View Jurassic World Fossils
More About Mosasaurus & Mosasaurs
FOR SALE
$600
DETAILS
SPECIES
Various
AGE
Late Cretaceous (~70 Million Years) 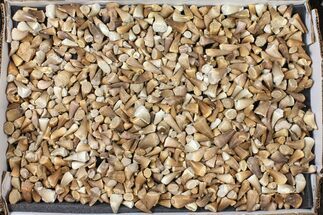 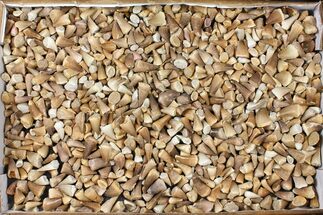 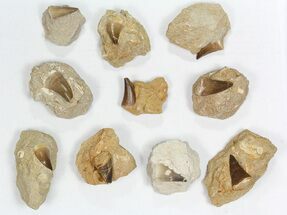 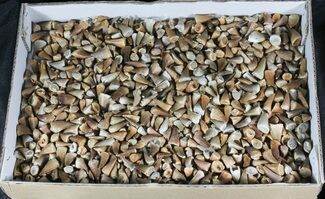 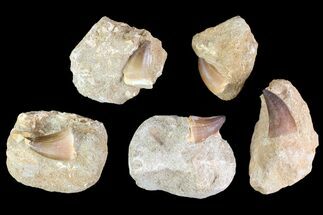 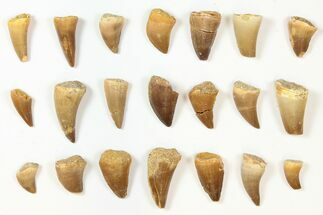