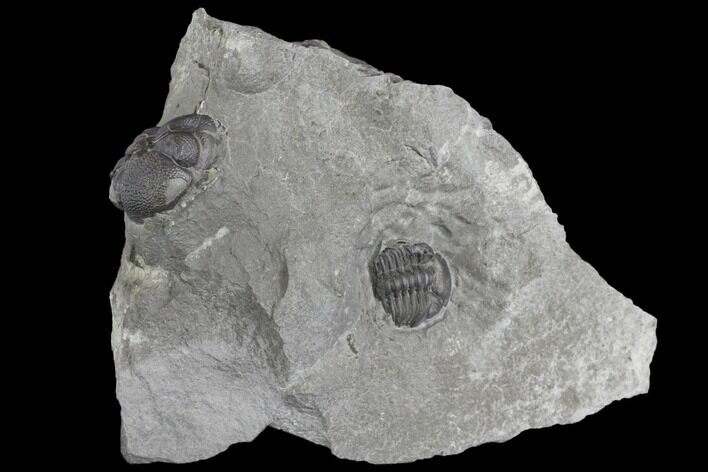 These are two Eldredgeops trilobites from the Windom Shale of NY. The largest trilobite measures .64" wide. Comes with an acrylic display stand. 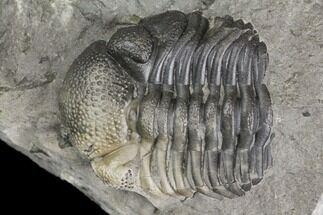