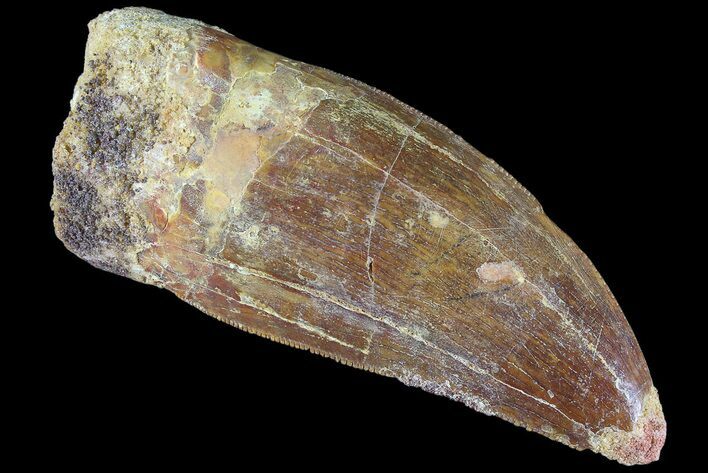 This is an authentic, 2.41" long fossil tooth of Carcharodontosaurus from the Late Cretaceous, Kem Kem Beds of Morocco. Carcharodontosaurus was a massive predatory dinosaur that reached sizes larger than that of Tyrannosaurus rex, though this tooth would have come from a juvenile with much smaller teeth.

The tooth is quite thick in cross section so probably came from near the front of the jaw. Most of the serrations are present but the enamel is worn from the tip. 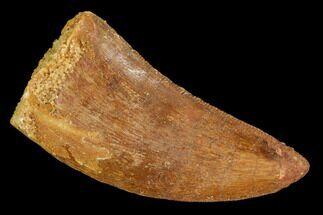 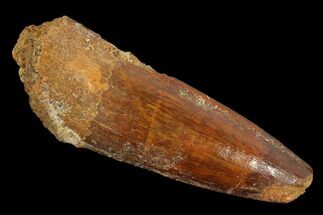 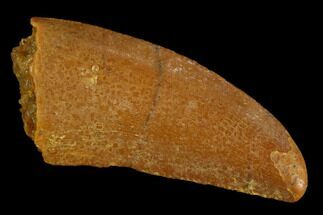 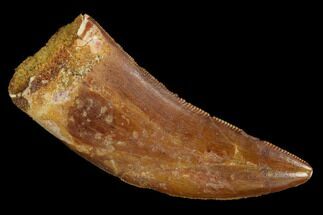