This is a cluster of rare, fossil aglaspids (Tremaglaspis) from the Upper Fezouata Formation of Morocco. There are two more or less complete specimens and a third partial one buried at the edge of the shale. There a have been a number of repairs to the rock and the negative split of this piece is also included.

This aglaspid has frequently been referred to as Leptaglaspis schmidti in the past, but Tremaglaspis appears to be more accurate.

Aglaspids are a rare type of arthropod which was probably related to trilobites. For a while was regarded as the ancestors to horseshoe crabs, though this theory has fallen out of favor.

A paper on these aglaspids can be found at the link below. 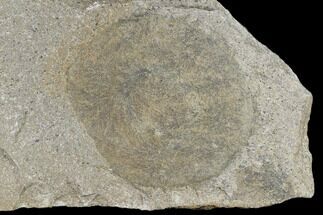 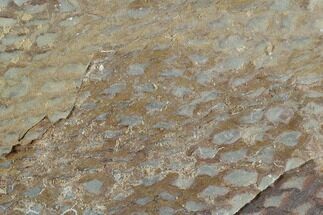