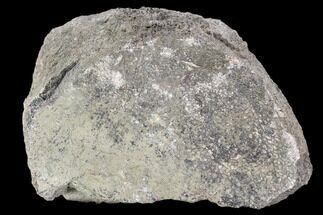 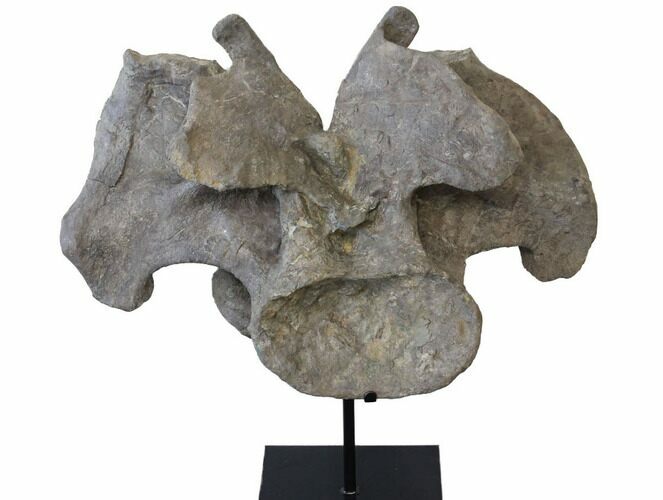 This is an absolutely massive, cervical (neck) vertebra of an Apatosaurus collected last year from our partners private quarry near Dinosaur, Colorado. It measures 33" wide and stands 32" tall on it's custom metal display stand. It really makes you think about how gigantic that animal was if this was a vertebra it's neck.

As one would expect on a large vertebra like this from the Morrison Formation it has significant repair work along with crack will and surface restoration.

Note: Because of it's size and weight it has to be shipped via freight in a custom crate. The shipping cost will be calculated and billed after purchase. It will be around $300 within the US but significantly more for International shipping. If you need a shipping quote prior to purchase, please contact us. 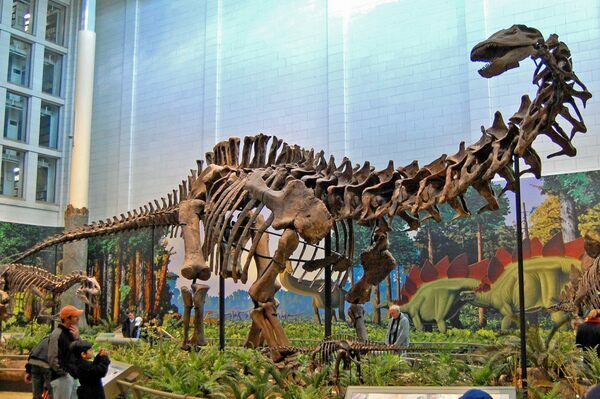 
Apatosaurus is a genus of large sauropod dinosaurs in the diplodocid family. They could have reached lengths of 80-90 feet and lived approximately 150 million years ago. The cervical vertebrae of Apatosaurus are less elongated and more heavily constructed than those of Diplodocus, another diplodocid found in the same formation. The bones of the leg are also much stockier despite being longer, implying that Apatosaurus was a more robust animal than Diplodocus

This tooth comes from what is being called the "Salt & Pepper Layer" of the Skull Creek Quarry, near Dinosaur. Colorado. Within the past several years this quarry has produced articulated remains of several types of dinosaurs including large theropods, sauropods and Ornithischia. There is a thin layer in the quarry, probably representing a sandy river bottom that produces many isolated teeth and tumbled bone fragments. The quarry is also the location of the recently announce "Elvis" Torvosaurus find.

A view of operations at the Salt & Pepper quarry in the Spring of 2015.
About Dinosaur Teeth
SOLD
DETAILS
SPECIES
Apatosaurus
AGE
Late Jurassic (150 million years old) 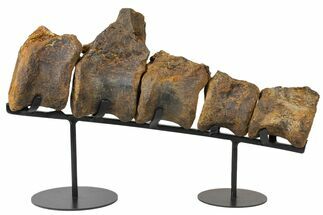 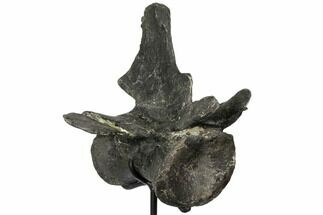 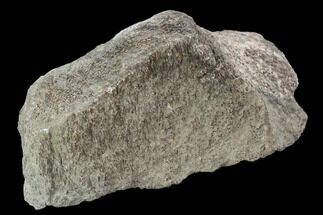 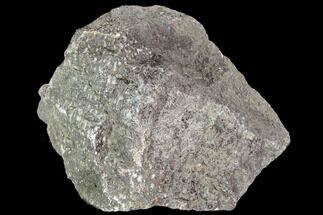 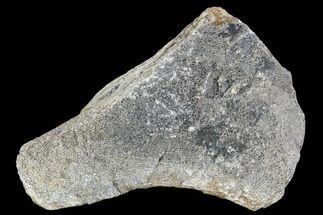