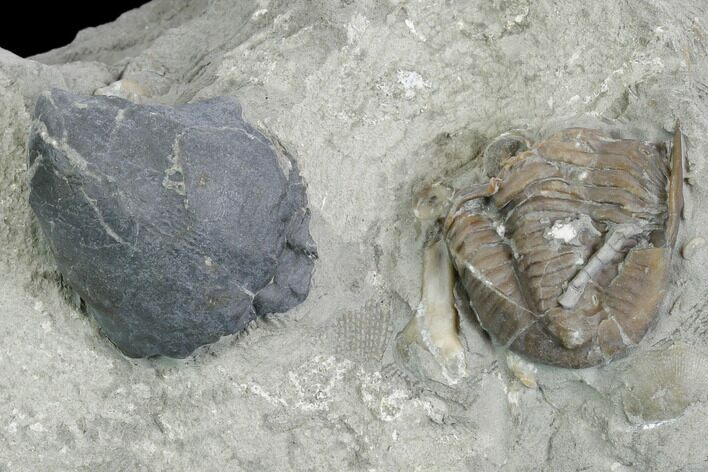 This is a enrolled Griffithites buffo trilobite associated with a Platycerus equalateralis gastropod from the crinoid beds near Crawfordsville, Indiana. Trilobites are a rare find at this location. The trilobite is enrolled with only the back side exposed and is .85" wide. 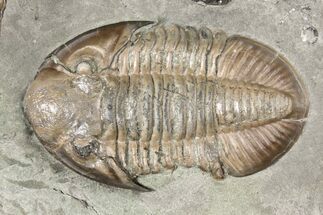 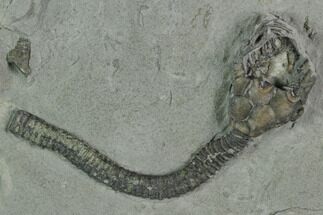