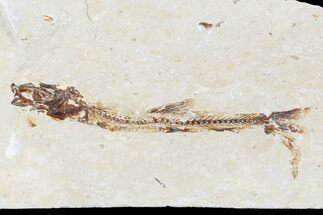 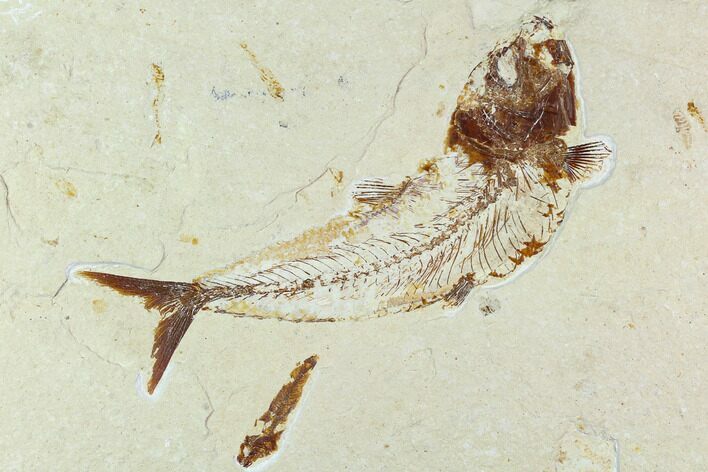 This is a fossil fish plate from the Upper Cretaceous marine deposits near Hakel, Lebanon. It contains a 4.8 " Scombroclupea and a 2.8" Charitosomus, as well as, three other unidentified fish.
The fish show bones and fin rays.