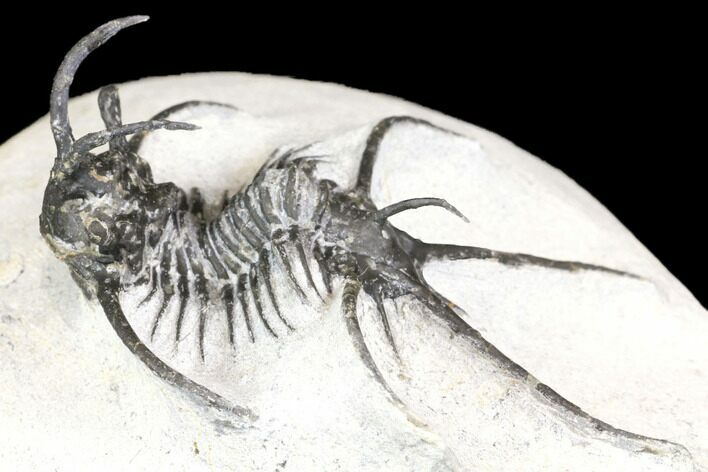 Now this is one alien looking trilobite, it's almost hard to imagine that it was once alive inhabiting our oceans. It's a Ceratarges aries from the Middle Devonian limestone of Morocco. One can imagine that the large spines may have served as defensive protection against fish that had just begun to develop hardened jaws and likely had trilobites on the dinner menu.

At 2.2" long this specimen is quite large and would have been longer if outstretched. It is bargain priced because the preparation is pretty rough in areas leaving a lot of scratches and dings on the shell.

There are currently about 5 different species of Certarges described from Morocco each a slight variation on the others. A paper describing some of these species can be found at: 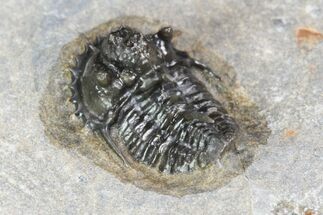 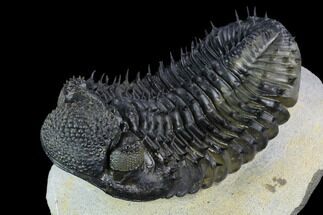