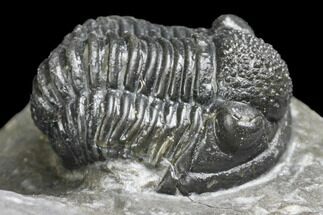 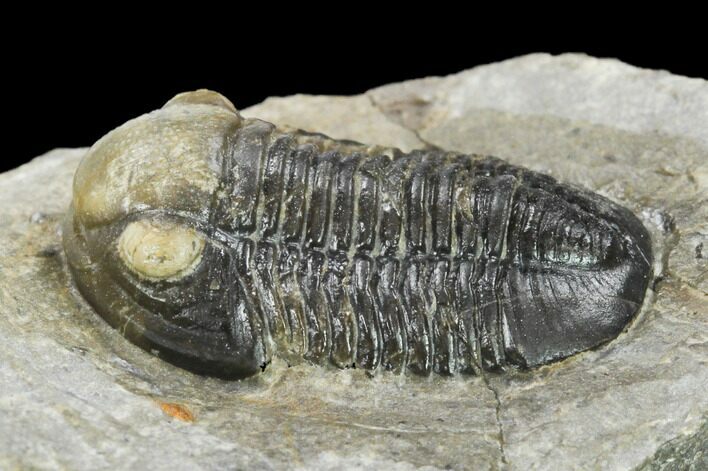 This is a detailed, .95" long specimen of the proetid trilobite Gerastos from Morocco. The whitish color on the head is due to weathering of the shell. 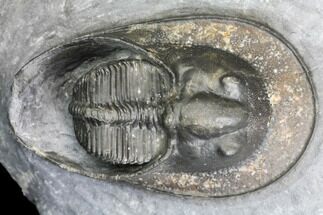