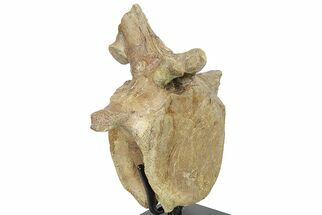 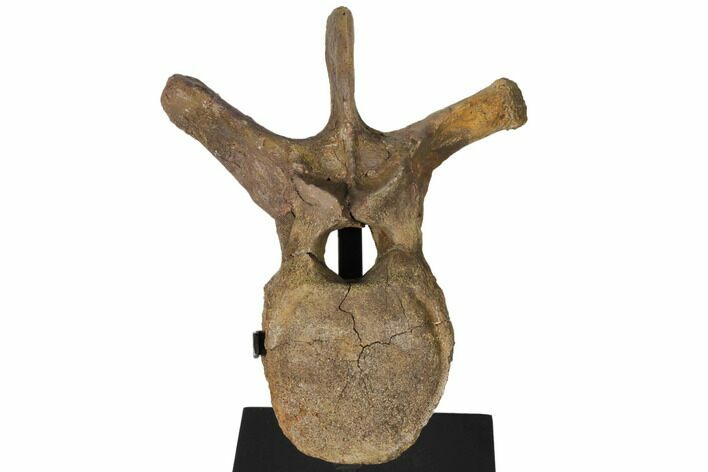 This is a body vertebra of a Hadrosaur (Edmontosaurus) from the Hell Creek Formation of Glendive, Montana. Based off of the transverse and spinous processes, it likely came from a portion of the spine that was near the cervical vertebrae. There are fractures through the centrum, however i don't see any indication that these resulted in any repair or restoration. There are repaired cracks and some restoration between the centrum and vertebral arch. The right anterior point of articulation has been restored, however the left anterior point of articulation is still intact and hasn't undergone any repair or restoration. The anterior portion of the spinous process has been restored. Both of the transverse processes have undergone restoration and crack repair to reattach them to the lamina. The right transverse process has restoration to its distal end. The posterior points of articulation are still in great condition with no restoration.

The entire vertebra measures 8.8 x 7.4 x 4.6". This specimen is accompanied by a custom metal display stand. 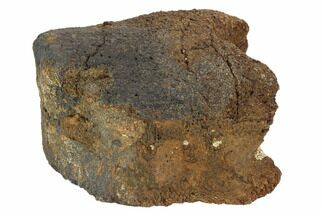 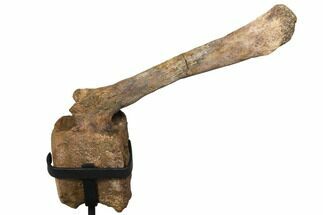