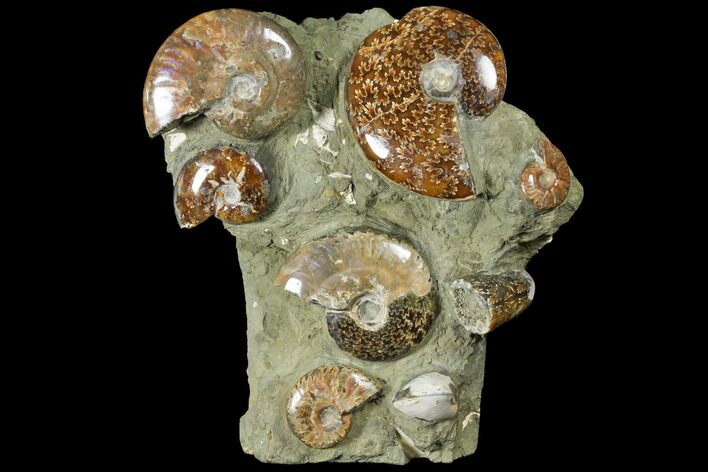 This is a very aesthetic cluster of 110 million year old ammonite and gastropod fossils from the Mahajanga Province of Madagascar. The entire piece measures 8.6" tall, 8.2" wide and weighs about 8 lbs. Several of the ammonite fossils appear to have been composited onto the rock, but it's a beautiful display piece. The central ammonite on the piece is 3.0" across. Many of the ammonites display the distinctive suture patterns of the inner shell, while others show the iridescent outer shell.