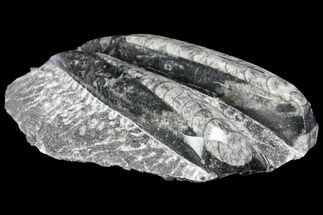 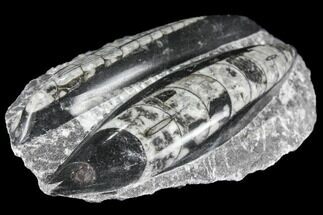 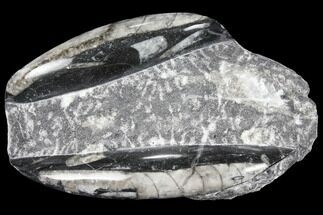 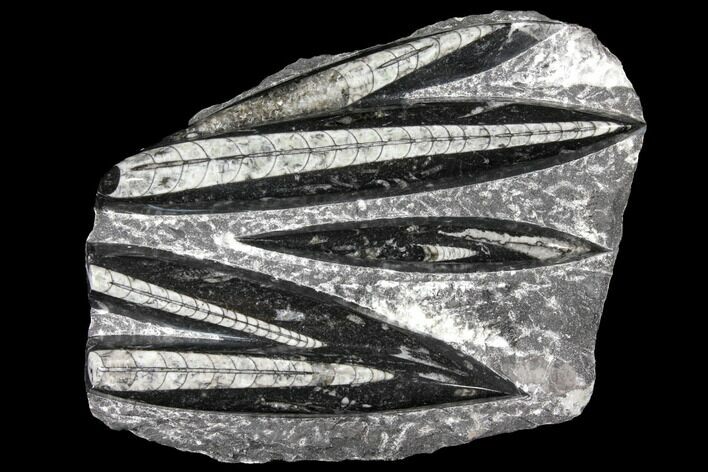 This plate has multiple Orthoceras fossils which have been polished to reveal the inner segmented chambers. The plate is approximately 8.6 x 6.2 inches and up to 1.4 inches thick. Comes with a Gibson display stand.

While orthoceras is the common name for these cephalopods, there are actually several different genus including Michelinoceras and Arionoceras found in association. Unless you are one of the world's leading experts on fossil cephalopods you probably won't be able to tell them apart.
SOLD
DETAILS
SPECIES
Arionoceratid Nautiloid
AGE
Upper Devonian (370 Million Years) 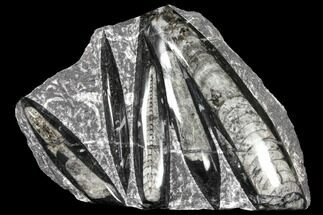 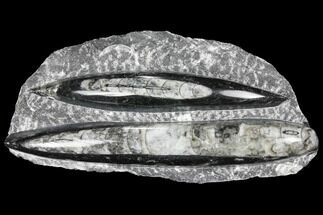 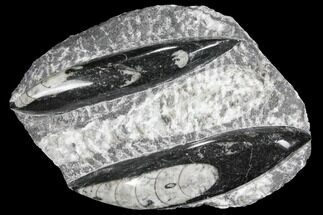 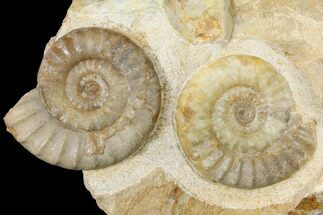