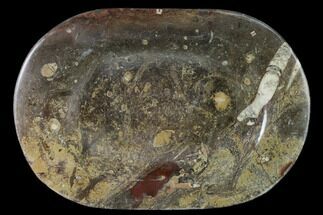 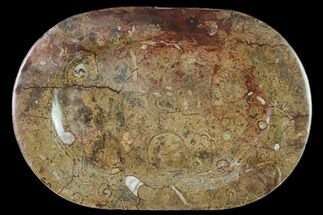 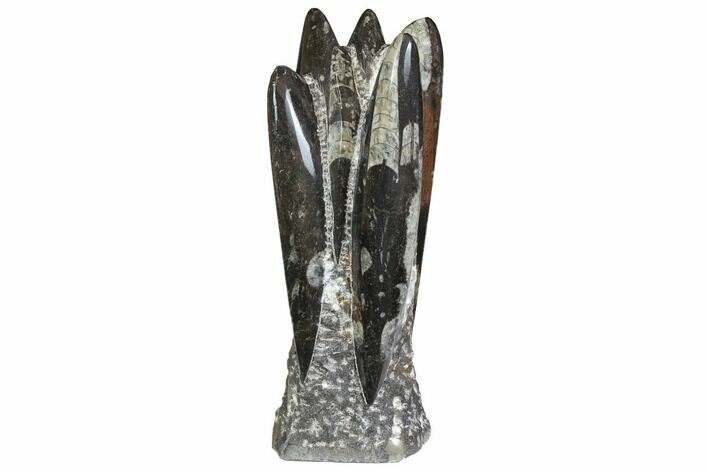 This is a 8.3" tall, tower made out of this fossiliferous rock. Areas where the larger Orthoceras fossils are located has been polished so that their chambered structure can easily be seen. The base is flat so that it stands up easily on it's own.

While orthoceras is the common name for these cephalopods, there are actually several different genus including Michelinoceras and Arionoceras found in association. Unless you are one of the world's leading experts on fossil cephalopods you probably won't be able to tell them apart. 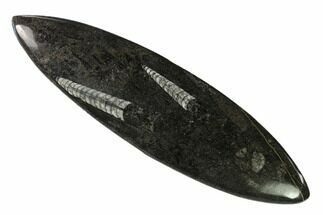 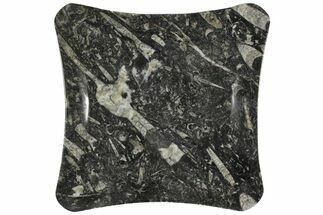 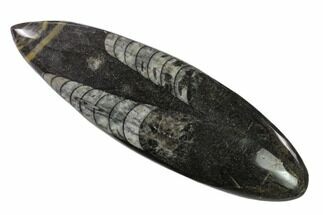 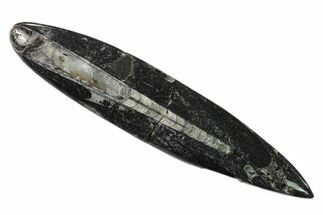 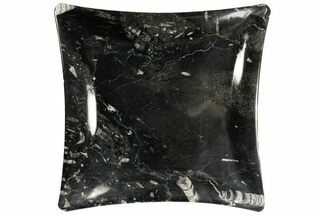