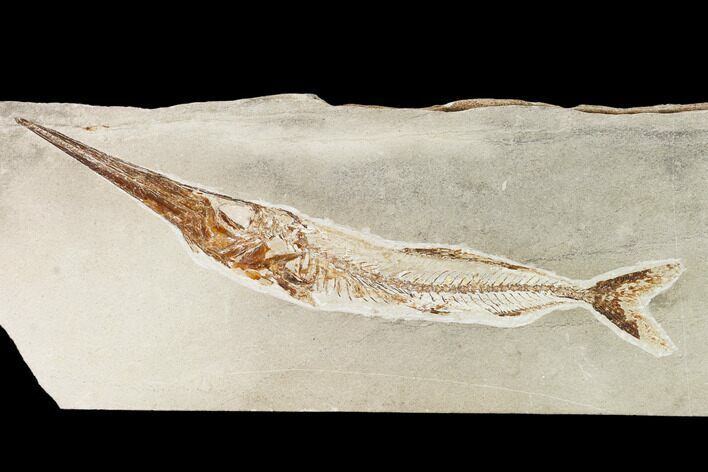 This is a rare predatory fish (Apateopholis laniatus) from the Upper Cretaceous marine deposits near Hakel, Lebanon. It is 10.6" in length and is beautifully preserved. Apateopholis has an elongated head, with long jaws full of small teeth forming what almost looks like a beak. These long jaws might have been quite effected at side-slashing to capture prey.

It is located on a 12.8 x 4.9" slab of limestone with no cracks or repairs and comes with an acrylic display stand.