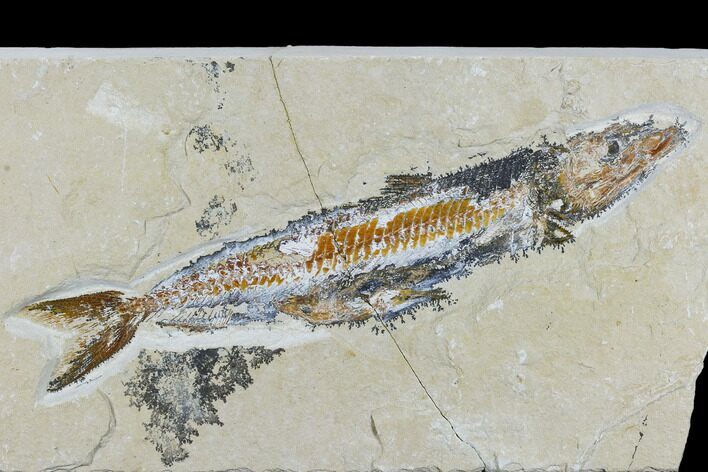 This is a beautiful, 6.4" long specimen of Prionolepis, more commonly known as a viper fish. It comes the Upper Cretaceous Lebonese lagerstätten near Hjoula. It has brilliantly colored preservation that contrasts nicely against the yellow/tan limestone. There is one repaired crack in the rock.

A photo of one of the quarries at Hjoula, Lebanon
SOLD
DETAILS
SPECIES
Prionolepis sp.
AGE
Upper Cretaceous - Cenomian Stage