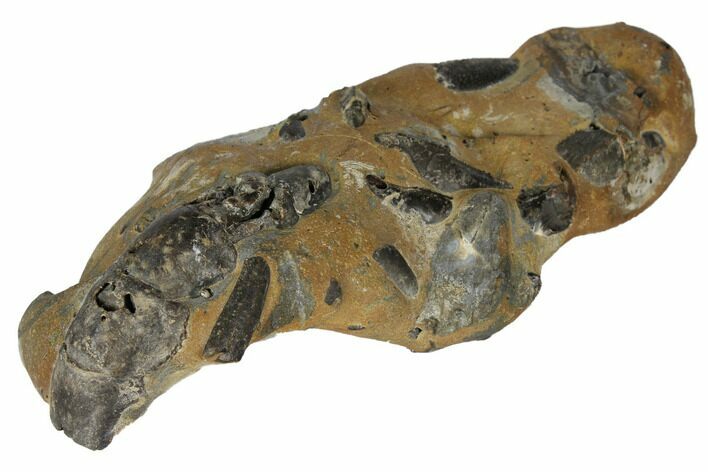 This is a 5.4" long, fossil mud/mangrove lobster (Thalassina anomala) collected from Gunn Point in Australia. The tail scales, legs and claws are visible. This appears to be one and at least a half of another lobster. Four chelipeds (claws) are present.

These fossil lobsters are Late Pleistocene to Early Holocene in age. It is believed that they were rapidly buried during events such as intense cyclones and the original exoskeleton of the lobster was replaced with calcium carbonate, strontium and iron creating a fairly hard mineral. There are found enclosed in hard, calc-lutite concretions formed during the lithification of calcareous clay around the enclosed animal. These concretions are washed out of the containing beds onto the beach by heavy seas where they are collected.
SOLD
DETAILS
SPECIES
Thalassina anomala
AGE
Late Pleistocene to Early Holocene