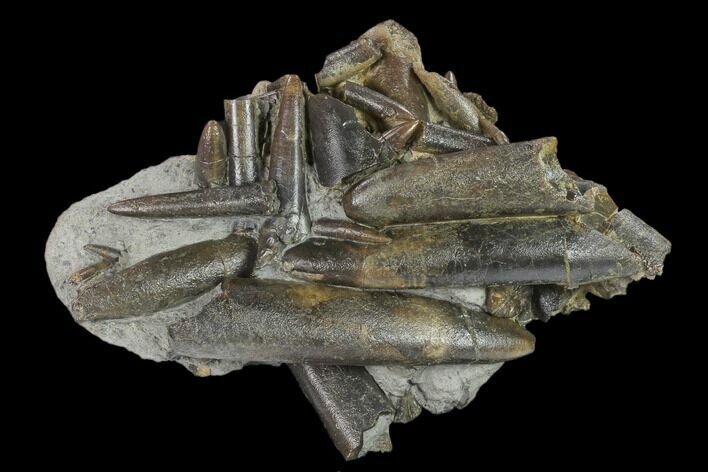 This is a 4.8" wide mortality plate of fossil Belemnites of the species Belemnites paxillosus, that are Jurassic in age and were collected from Mistelgau, Germany. The largest specimen on this plate is about 2.9" long.