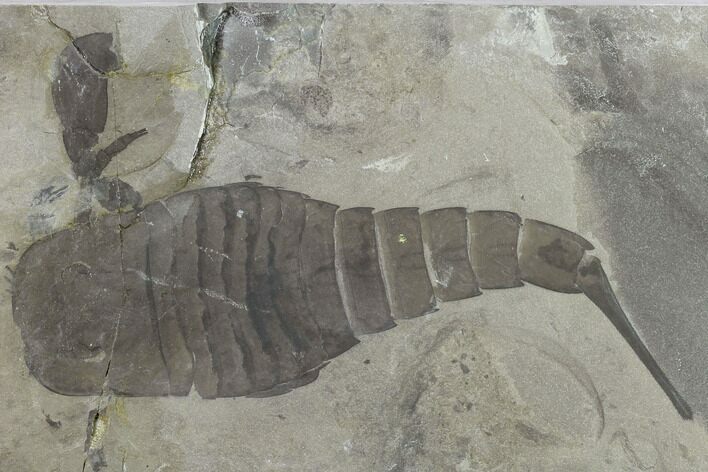 This is a 6.9" long Eurypterus remipes from Lang's Quarry in New York. The tail is present, though only one of the paddles are present. There is a repaired crack through the head of this euryptus. Comes with an acrylic display stand. 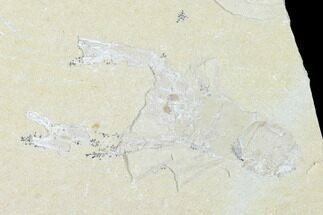 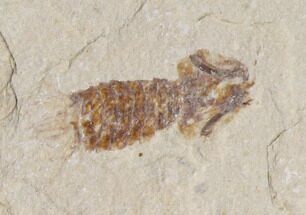