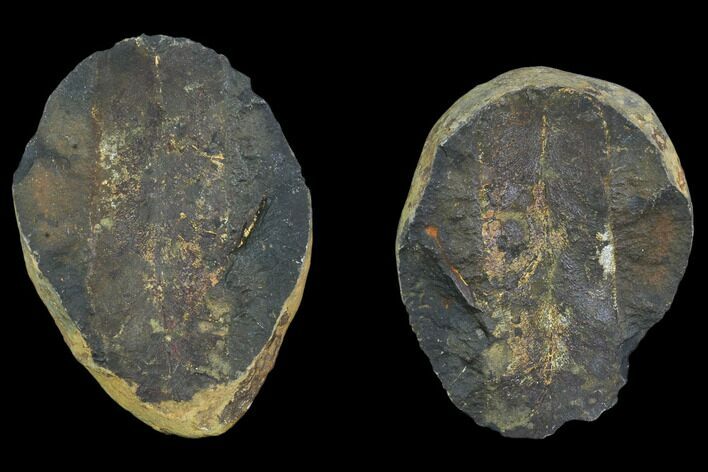 This is a very well-defined nodule containing a fossil frond of the seed fern Neuropteris. It comes from the famous Mazon Creek Lagerstätte. It has remarkable detail and contrasts very well with the ironstone nodule in which it's preserved. These nodules have been collected for decades from the spoil heaps of abandoned coal mines near Braidwood, Illinois. 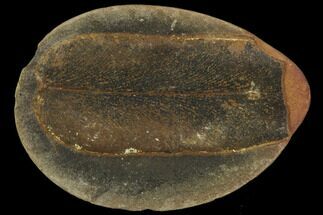 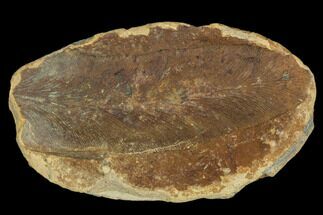 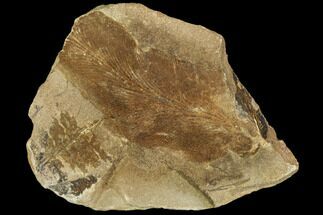