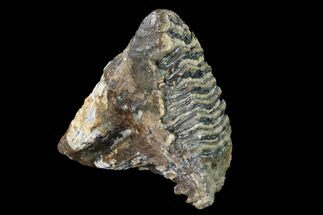 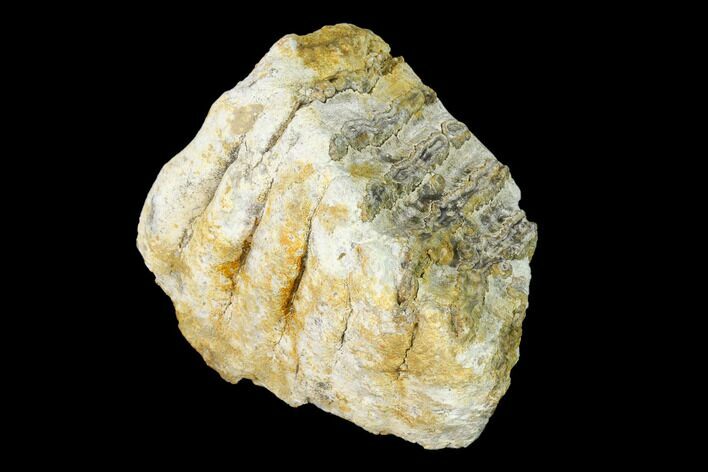 This is a 3.1" wide Woolly Mammoth (Mammuthus primigenius) "baby tooth" section, from the North Sea deposits off the coast of Holland. This tooth shows five prism (hard enamel structures) plates, dentine and cementum. 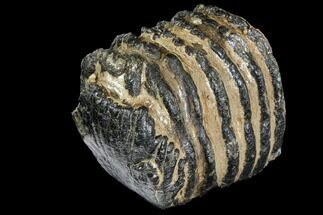 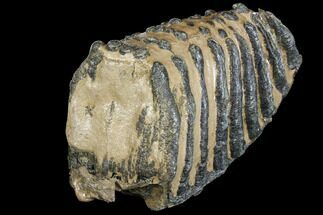