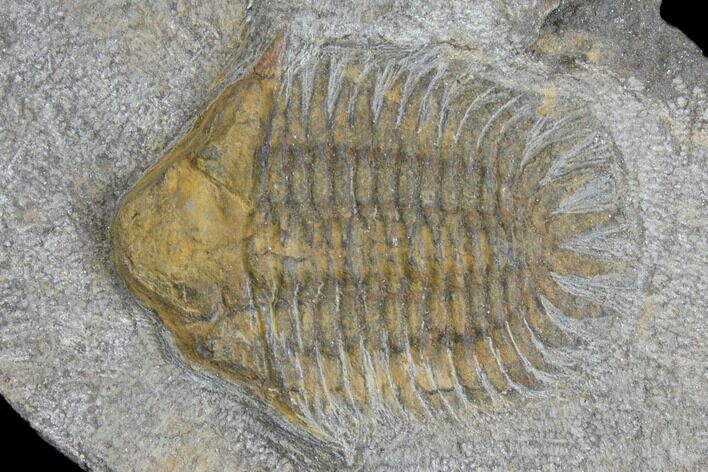 This is a rarely offering, cheirurid trilobite from the Ordovician of Morocco, Eccoptochile. It was collected from the Taddrist Formation in the Battou Area.