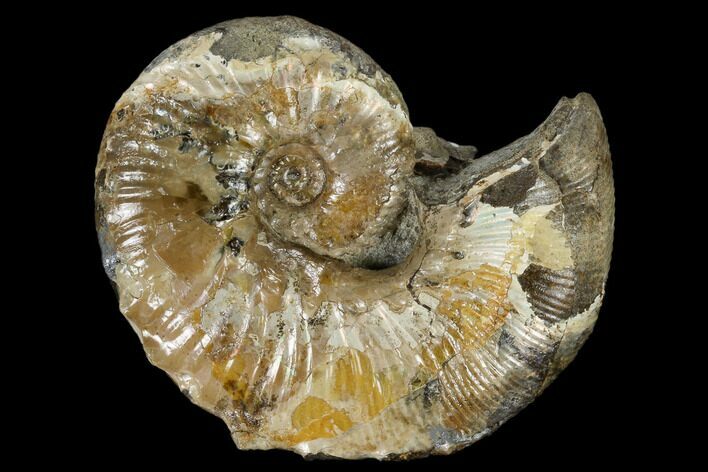 This is a 2.8" ammonite (Hoploscaphites) from the Fox Hills Formation of South Dakota. It has been wonderfully prepared on the hard concretion it was found in. Only a small portion of rock remains on the reverse side of the ammonite and acts as a stand. In addition to the ammonite, shell fragments of other ammonites and gastropods are visible imbedded in the rock. 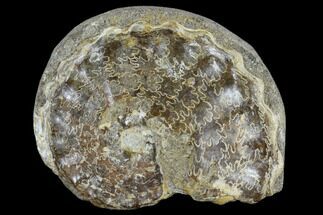 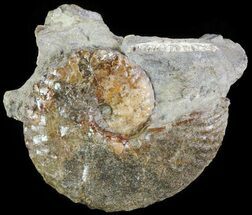 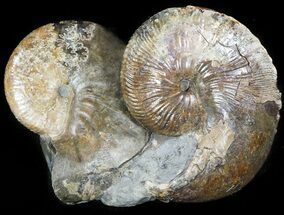 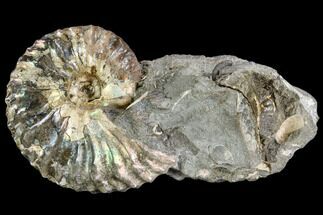 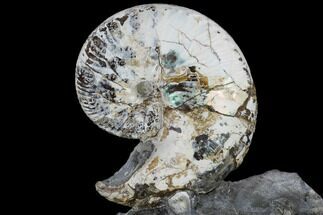